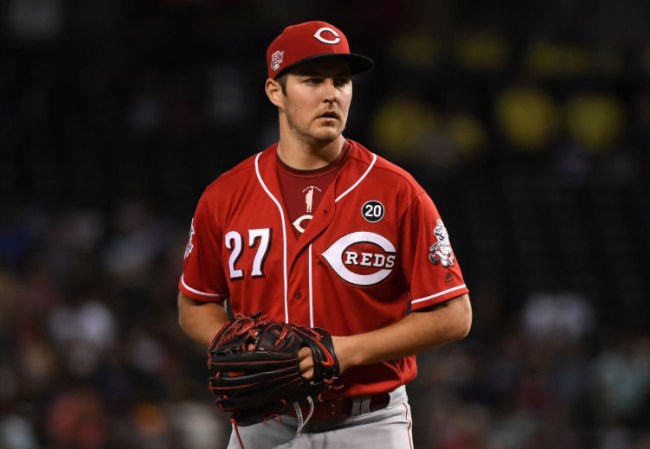 It’s been a great few years for the Houston Astros organization, which made it to the World Series two times over the course of the last three seasons and managed to win the first championship in the history of the franchise in 2017.

However, it’s also been a rough few months for the team after they were accused of stealing signs during their title run before Major League Baseball looked into whether the allegations were true and released a lengthy report whose findings can be succinctly summed up by the three words Patrice O’Neal uttered when he was asked if he burned down the banana stand in Arrested Development.

As you can guess, players who didn’t have the luxury of being on a team that used an electronic system to tell batters what pitches to expect weren’t exactly thrilled with the news—especially Trevor Bauer, who had previously accused Astros pitchers of cheating in another way by doctoring balls to increase spin back in 2018.

Consequently, the Reds pitcher wasted no time taking a victory lap when the scandal broke and has become one of Houston’s most vocal critics, as he recently went on a ten-minute rant in which he tore into the team for ruining the integrity of the game.

The Astros have become the target of constant trolling (and a number of beanballs) since spring training kicked off last month and there is no shortage of ways for the baseball world to attempt to get under their skin as the season progresses.

On Monday, the Reds took on the Dodgers—who were screwed out of a World Series when the Astros won—and Bauer decided to do some trolling of his own by openly telegraphing pitches to Matt Beaty on his way to ultimately recording an out.

Trevor Bauer was really out there telling Matt Beaty what pitch was coming and still got him out pic.twitter.com/laZu7zwm6R

Shortly after, Derek Dietrich was asked about Bauer’s decision and his teammate confirmed he was trying to send a message.

Sadly, the Astros and the Reds won’t be facing off against each other this season barring a World Series meeting but I have a feeling this isn’t the last time Bauer will address the situation.