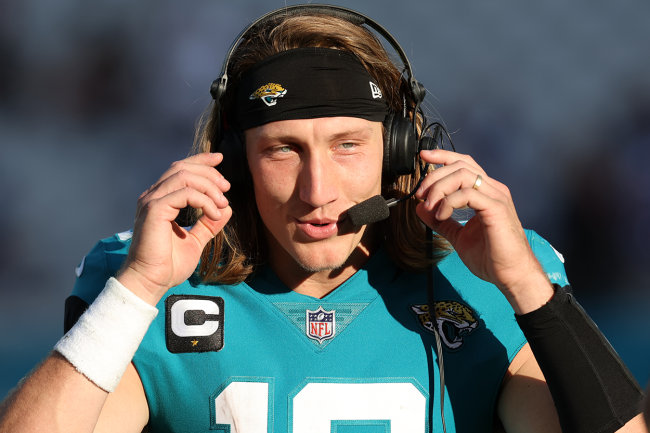 Trevor Lawrence was once college football’s ‘Wonderboy,’ so he knows exactly what Arch Manning is going through. While the latter’s last name might carry more weight than the former, both No. 1 overall quarterback recruits had/have lofty expectations from those around them for when they got/get to campus.

They both have a ton in common.

Manning recently committed to Texas and sent shockwaves around college football. In the wake of his decision, Lawrence recently offered up some advice for the five-star quarterback who is following in very similar shoes.

First and foremost, the Jaguars signal-caller said that the biggest and most important thing for Manning to do is to stay focused on himself. As the world around him only continues to get louder in their commentary and pressure, he needs to stay grounded.

“I’m sure he has a lot of good people in his corner that can help him, but I’d say it’s really important to learn how to manage expectations,” Lawrence said to The Spun. “It’s important to block out all the noise. The only voices you should listen to are your internal expectations of yourself, your teammates, your coaches, and family. You should try to block everything else out.”

Fortunately for Arch Manning, his support system is about as knowledgable as they come.

His uncles and grandfather will all be NFL Hall of Famers, and his father Cooper knows as well as anyone what it’s like to live in the spotlight. The Manning family has plenty of experience managing college expectations and Arch has already proved his ability to do so. His recruiting was handled quietly and internally, for the most part.

In addition to blocking out the noise, Lawrence advised Manning that he should be prepared to start back at square one. There will be a transition process on the collegiate level and he has to be ready to go through some growing pains.

“There’s going to be a lot on his plate, but you have to show up ready to learn and grow,” Lawrence said to The Spun. “You’re not going to be perfect from Day 1, but he is really talented and has a lot of abilities. He needs to carry that confidence over while knowing you do have to start over. You have to do that at every level. It’s something I’m going through right now in the NFL. So you need to realize you’re there for a reason, but you have to earn that respect from your teammates. He seems like a quarterback who’ll do great.”

Manning will play his final season of high school football this fall. From there, he will have to decide if he wants to enroll early at Texas or finish out his high school career in the classroom and on the basketball court. No matter what he decides, he should take Lawrence’s advice to heart— it has worked out well for him.