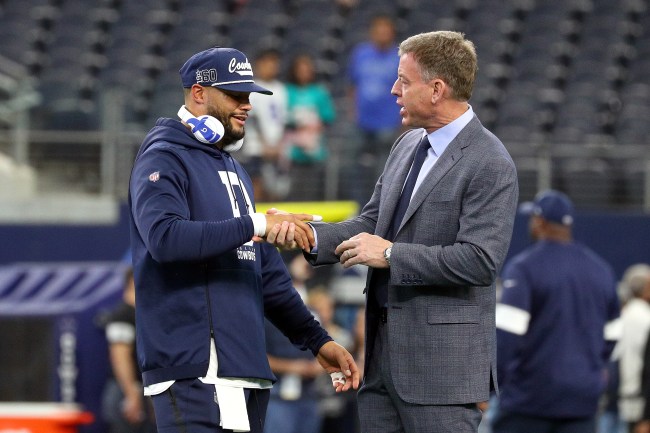 Troy Aikman, Dec. 5, in the midst of the Cowboys’ third straight loss: “I don’t know how you come back from this. I really don’t.”

"I don't think there's a team in the NFC that wants to face the Cowboys if they're playing as well as they're capable of playing." – Troy Aikman on @dpshow

You’re right, Troy. Teams would much rather play the Seahawks (11-3) or the Niners (11-3) or the Packers (11-3) or the Saints (10-3) than a team who lost to the Jets and the Bears and who just yesterday won their first game against a team with a winning record.

What are you smoking? Actually, though.

“And maybe you can say that about anybody, but there’s very few teams in this league that are really good on both sides of the ball and this is one of those teams. They just haven’t played very well until yesterday.”

The season is 90% over, Troy! Even a stopped clock is right twice a day.

I love Troy as a player, and in the booth, and as my weed dealer, but he’s, as the cool kids say, speaking out of pocket here.

He of all people should know that the Cowboys are destined to be doomed by Jason Garrett punting it on third-and-goal or some shit.

With that said, nothing but respect for Mr. Aikman.