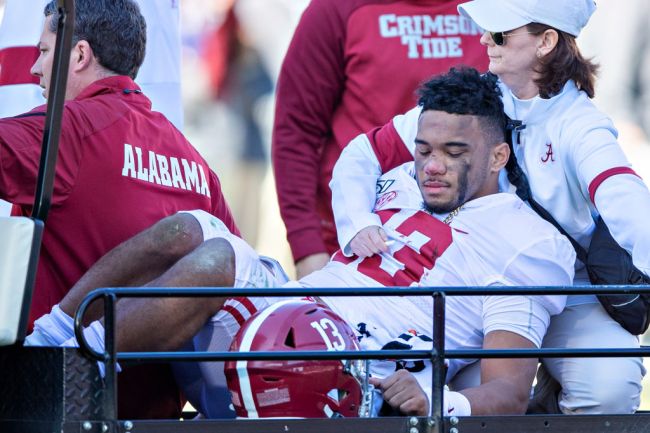 Given how long the year 2020 has been, it may feel like it’s been seven years since Tua Tagovailoa suffered a season-ending hip injury during his final year at Alabama, but Monday marks the one-year anniversary of when he was carted off the field at Mississippi State.

This time a year ago so many questions were swirling around Tagovailoa’s future. Maybe he’d return to Alabama for his senior season. Maybe he’d never be the same after hip surgery. Or maybe he’d be drafted, but still be rehabbing at this point and the team that did draft him wouldn’t rush him onto the field.

All of those questions have been answered at this point, and answered emphatically. Since taking over for Ryan Fitzpatrick in Miami, Tagovailoa has gone 3-0 as a starter in the NFL as the Dolphins sit at 6-3 on the year.

On Monday, Tagovailoa reflected on the injury he suffered a year ago and the journey he’s been on ever since.

Tua’s story really is quite an inspiring one. He’s come a long way since shedding tears while leaving the field in what was his final game for the Crimson Tide. The Dolphins took a shot on him with the fifth-overall pick a year ago and he’s since done everything right while proving he’s a starter in the NFL.