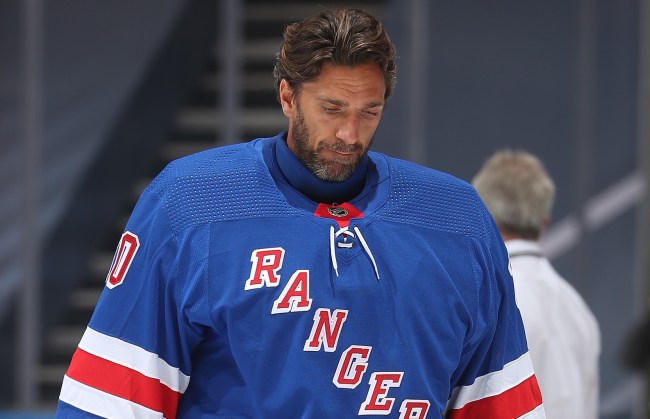 Rather heartbreaking news hit the NHL world on Thursday as Henrik Lundqvist announced that he would be withdrawing from the 2021 NHL season due to a heart condition. The 38-year-old netminder had spent his entire career with the New York Rangers before signing a one-year deal with the Washington Capitals in October.

In the statement he shared on social media, the Swede explained that he had conversations with his doctors, but the risk was too high for him to take the ice this season. He began the statement by writing “it breaks my heart (literally) to share this news.”

“For the past 2 months I’ve been so inspired by the opportunity to play in DC and committed to my game, spending every day at the rink to prepare for the upcoming season,” Lundqvist shared. “The news was very difficult to process but after the last test result earlier this week we knew there was only one way to go from here.”

Some tough news I need to share with you all.. pic.twitter.com/y7ZtAoo39Q

Lundqvist also shared a video message for Caps fans out there.

A message from Henrik: pic.twitter.com/JJDe2lKAXz

Lundqvist is one of the more respected and beloved players in the NHL and hockey fans took to Twitter to react to the sad news.

“The King” Henrik Lundqvist out for the season with a heart condition?? pic.twitter.com/xbU5atSeGy

The Henrik Lundqvist news is so shocking. I'm sad for him. I wanted to see him play for the Capitals. I truly hope he makes a full recovery. I want to see him go out on his terms. Ugh.

#Henrik #Lundqvist will go down as one of the best to ever play the game…a legend, the King of NYC, true royalty for the #NYR…it was an absolute privilege and a joy to watch him for so many years…take care of yourself @hlundqvist35, you will always be the best

When an NHL season begins without Henrik Lundqvist taking the ice pic.twitter.com/e0qXkNltQD

Your legacy speaks for itself. Although you may feel disappointed – as most certainly the Capitals must be – you've earned the right to take care of yourself, enjoy your family, and know you'll always be a hockey legend and loved by all those who love the sport. 🙏👋🙌