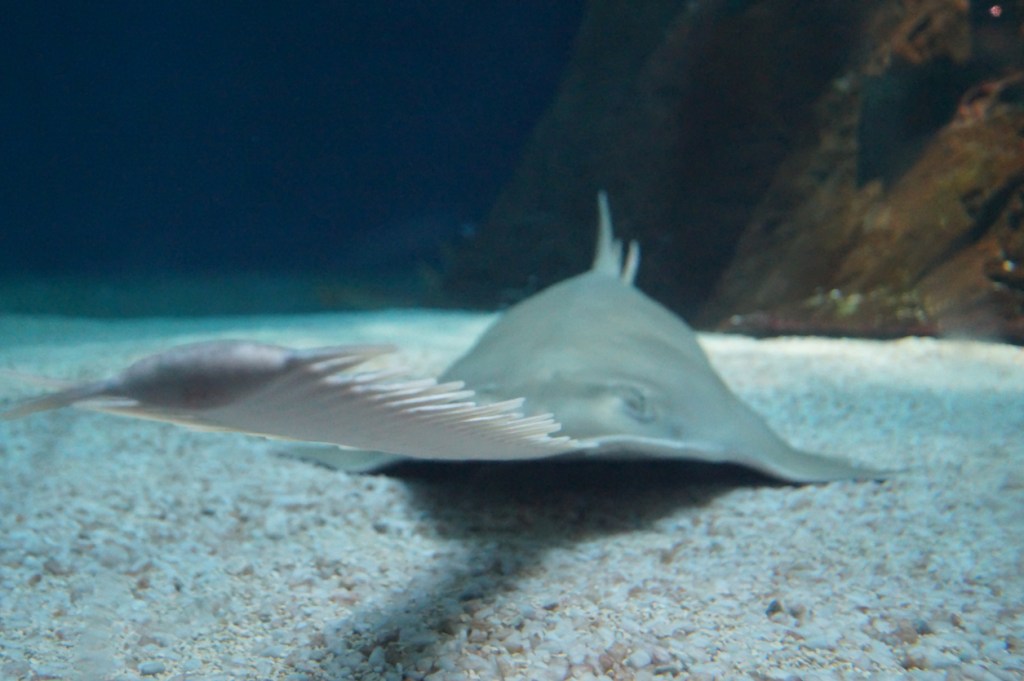 A man from Maine was on a fishing trip in Southwest Florida when he caught not one but TWO incredibly rare and endangered Sawfish. We recently featured a diver’s encounter with sawfish on Florida’s East Coast during a spearfishing trip where she witnessed the endangered creatures feeding on baitfish.

This encounter took place on the other side of the state near Marco Island which is sort of Florida’s gateway to the Everglades National Park. Angler Michael Treworgy of Hampden, Maine was fishing with his father and told News Center Maine the trip started out terribly. He says every time they put a bait in the water it was taken by small sharpnose snarks.

Things got so bad they were actually going to pull the lines out of the water because they were running out of bait due to the sharks. But that’s when something massive hit one of the lines and Treworgy said he “knew right away it wasn’t a tarpon”, the most prevalent game fish species in Southwest Florida this time of year (tarpon season is HOT right now).

45 minutes later, he’d landed a sawfish which is rare enough to be considered an endangered species. As recently as 2015, scientists estimated there were between 500 and 5,000 sawfish in the waters of Florida.

They estimated the sawfish measured 13 feet long and weighed up to 800 pounds. I joke about these fish being ‘dinosaurs’ but they really do look more like dinosaurs to me than 99.99% of the living species on planet earth.

It was anything but an average fishing trip for one Mainer in Florida.

I'll have the Hampden man's story on catching two prehistoric and endangered sawfish this morning on @newscentermaine 🎣#wakeMEup pic.twitter.com/1DmJuO1VUs

After the 45-minute fight against the first sawfish he was tired but Michael Treworgy and his father were elated with their once-in-a-lifetime catch. That’s when the universe threw them a curveball and another massive fish took the bait on another line in the water. 45 minutes later, they’d caught a second endangered sawfish on one fishing trip!

How Rare Are These Dinosaurs?

I’m a born and raised Floridian and I’ve never seen one up close and only ever seen them in aquariums. There’s a bit of a disconnect with how rare they are and how often they’re seen in the news.

I’ve written about sawfish sightings many times here at BroBible and they’re so rare that every time there’s a major sighting it makes national news, giving the impression there are more of these fish than there really are.

Here’s one caught on the nearby Naples Fishing Pier a few years ago. This really gives a sense of how big these sawfish are.

They can grow up to 25-feet in length! As recently as 2015, there were estimates of somewhere between 500 and 5,000 of the Largetooth Sawfish left in the wild (in Florida). So seeing two of these together, hunting, and looking healthy is encouraging to conservationists.