Tyreek Hill Calls Out Chiefs For Mistreatment, Says Organization Threw Him Aside ‘Like I Was Trash’ 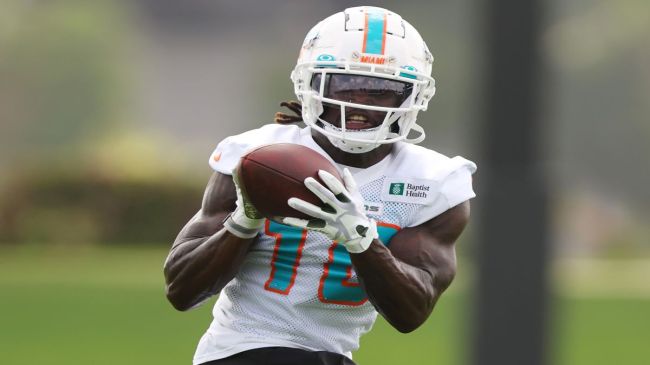 Superstar NFL wide receiver Tyreek Hill is settling in nicely with his new Miami Dolphins teammates. Hill has reportedly taken on a leadership role with the Dolphins and has been wildly supportive of young quarterback Tua Tagovailoa.

The speedy wideout came to Miami via a March trade with the Kansas City Chiefs for a massive haul of NFL Draft picks. First-year Dolphins head coach Mike McDaniel recently revealed his hilarious reaction to the news of Hill potentially joining his team.

But Hill doesn’t appear completely over the way things ended with the Chiefs.

Hill spoke with OutKick recently about a number of topics, including the way things ended between he and the Kansas City Chiefs.

“And a lot of guys when they get paid, they stop wanting to get better. And I feel like when the Kansas City Chiefs traded me I kind of took that personal. So now what really motivates me is I feel like they basically just threw me to the side, like I was trash or something.”

Kansas City QB Patrick Mahomes has largely stayed away from comments on the situation. But Mahomes did recently name a potential replacement for Hill.

The two teams won’t meet in the regular season. But the idea of a playoff matchup between the Dolphins and Chiefs must have NFL executive salivating.