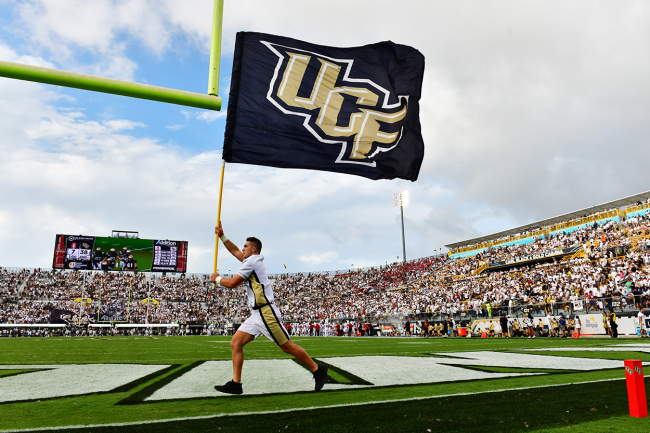 During the early hours of Wednesday morning, SpaceX and NASA made history. Jessica Watkins became the first-ever Black woman to launch into space for a long-term mission aboard the international space station.

while you slept, Jessica Watkins — the first ever Black woman who will serve on a long-term mission aboard the @Space_Station — launched into space as part of #Crew4. She’s 33-years-old, from Gaithersburg, and an American hero 🇺🇸 @SpaceX @NASA pic.twitter.com/7SRJ4KGDpJ

The space station is ready to receive the #Crew4 astronauts! We'll be live on NASA TV with continuous coverage. Milestones to follow:

They began their journey just after midnight on the east coast and made their way out onto the launchpad.

The four #Crew4 astronauts walk out from the Neil Armstrong Operations & Checkout Building at @NASAKennedy ahead of their journey to the launchpad: pic.twitter.com/ocyKNVedJE

From there, members of “Crew-4” loaded into a new Crew Dragon spacecraft dubbed ‘Freedom.’ It is the fourth operational crew launched by SpaceX to the space station under a contract with NASA.

The California-based SpaceX team launched the mission from Cape Canaveral in Florida at 3:52am PT on Wednesday morning.

Freedom takes flight! Three @NASA_Astronauts and one @ESA astronaut lifted off from @NASAKennedy aboard the @SpaceX Dragon Freedom. #Crew4's expected arrival time at the @Space_Station is about 15.5 hours from now. pic.twitter.com/hmIX8dNlWd

Just about an hour away from the SpaceX Crew-4 launch, the view from the University of Central Florida was remarkable.

UCF has close ties to NASA and considers itself the “future of space exploration.” As a result, it has dubbed itself ‘SpaceU’ and plays an annual football game with space-themed uniforms that always bring the heat.

In addition to its classroom connection to outer space and NASA, the football program has a pretty incredible relationship. The way that the team’s stadium, known as ‘The Bounce House,’ is positioned makes it so launches at Cape Canaveral happen just beyond the 50-yard-line.

When a rocket takes off into the sky, it makes for a truly spectacular image, as it did on Wednesday.

Although there was not a game being played, there is not better 50-yard-line view in the entire country.