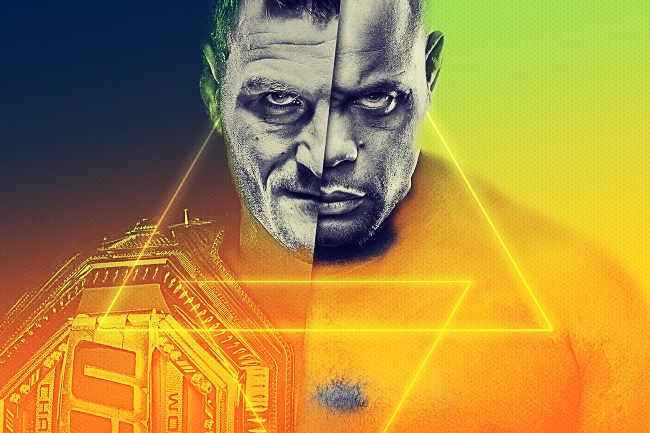 Here’s a Reddit -worthy free tidbit before tonight’s UFC 252 stream from the UFC Apex in Las Vegas:  Daniel Cormier and Stipe Miocic have shared approximately 27:42 worth of cage time battling it out. That’s a lot of time together to get to know each other as fighters. And it provides some important historical context to their heavyweight rivalry: DC had the first win during a swift and decisive win at UFC 226 in 2018. Then, last summer, in a long-awaited rematch at UFC 241, Miocic secured the heavyweight championship from Cormier. He outsmarted and outfought Cormier with some simple adjustments in the 4th round before the fight was called after 19 minutes.

Cormier took the loss to heart. And Dana White wasn’t going to sleep on letting two of the greatest UFC heavyweights of all time finish their fighting careers as a trilogy.

Tonight’s UFC 252 main event is a battle between two of the best fighters to ever step foot inside the Octagon. Miocic and Cormier know each others so well that it’s anyone’s guess on what will happen.

Besides the main event, the entire card is stacked: Bantamweight fan favorite Sean O’Malley takes on Marlon “Chito” Vera in O’Malley’s quest for a fight against Conor McGregor. Merab “The Machine” Dvalishvili gets a chance to add to his laurels as “The Takedown Machine” against John Dodson.

Below, our guide for how to watch the UFC 252 stream online:

It’s easy to sign up for an ESPN+ account so you can watch the UFC 252 live stream. After you buy the fight on your phone or computer via ESPN+, you can watch UFC 252 on your smart TV via a number of different ways. More on that below.

It’s very easy to sign-up AND buy tonight’s UFC 252 fight. This bundle package includes a one-year subscription to ESPN+ and UFC 52 (valued at $64.99) for only $84.98. That’s 25% off the regular price for both, so it’s a great deal if you’re not already subscribed to ESPN+ (…and if you’re wondering what is ESPN Plus, here are those details).

You can watch the UFC 252 prelims live on ESPN+. 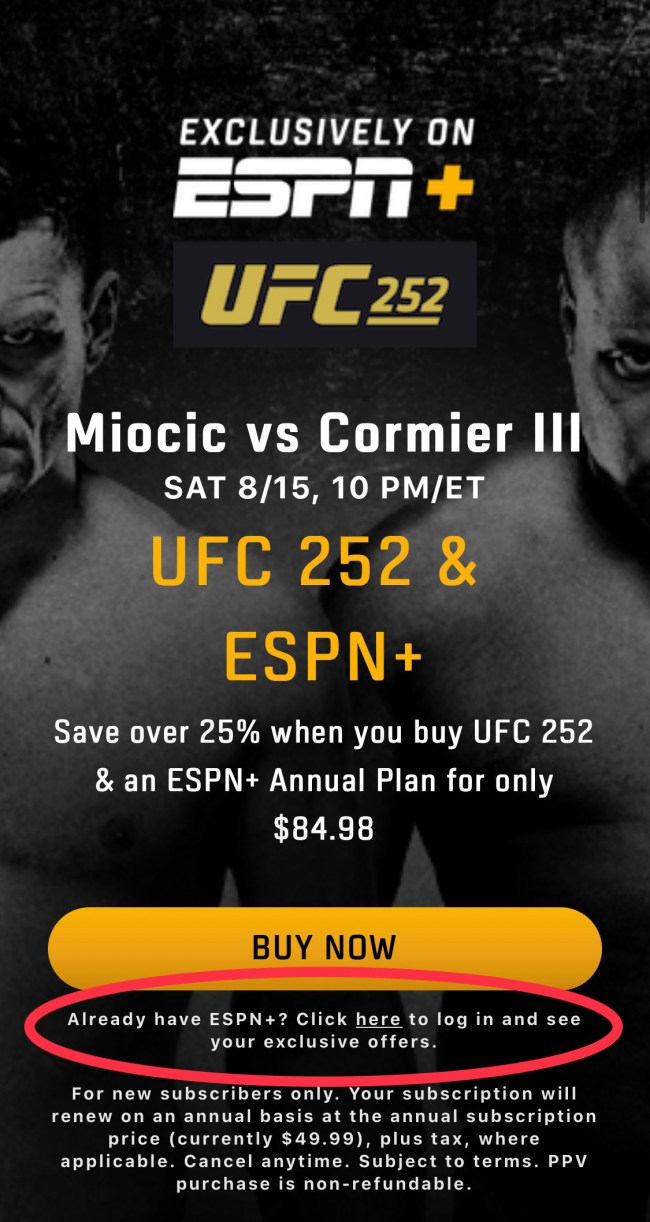 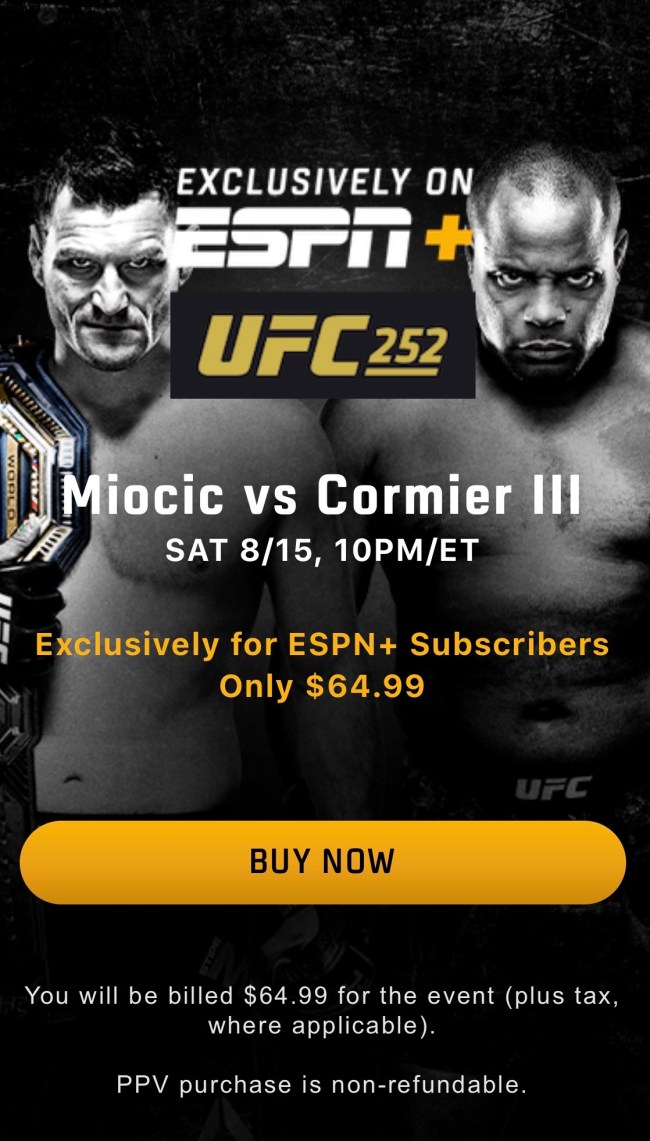 How to watch the UFC 252 stream at home:

Now that you have ESPN Plus and you bought the UFC 252 stream, it’s time to tune-in. Here’s how you watch UFC 252 on a number of devices, including the following: 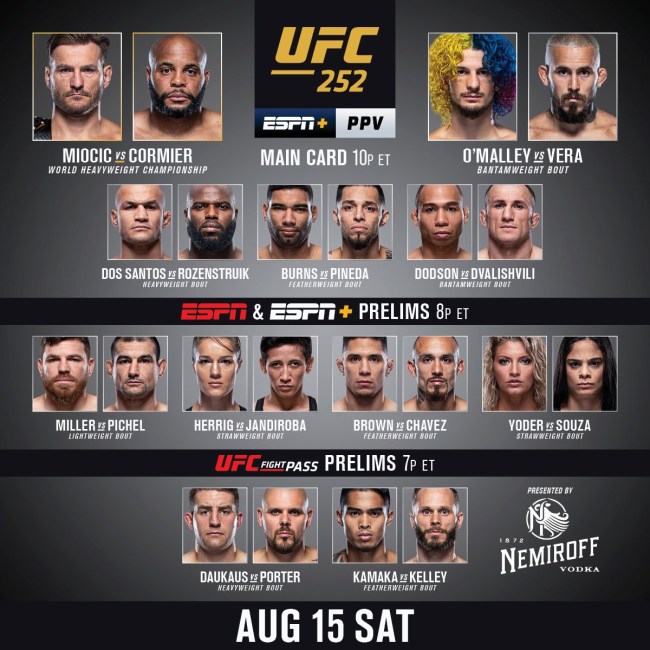