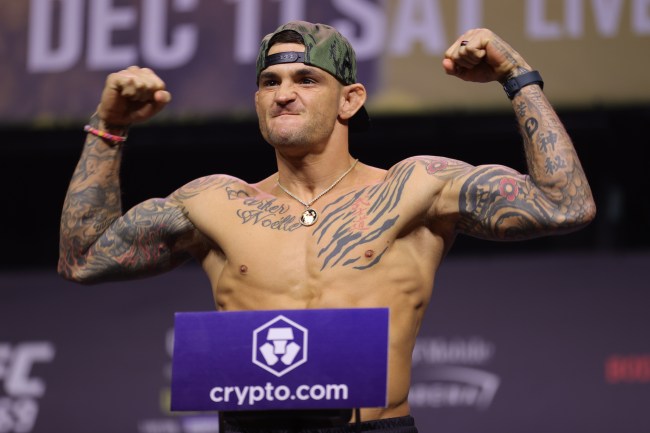 Usually in the UFC, when two fighters have beef they’ll slug it out, one of them will win and they’ll squash it after the fight. Even if they don’t squash it, usually at least the winner is able to move on. That’s not the case for Dustin Poirier.

Poirier kicked off 2021 by becoming the first man to ever finish Conor McGregor with strikes. That wasn’t enough. So, he fought him again in July and finished him even faster. That is apparently still not enough for him.

According to Poirier in an interview with TMZ Sports “the chapter will never be closed”.

It’s hard to blame Poirier for continuing to harbor resentment towards McGregor. Conor’s usually volatile trash talk definitely crossed a line when he brought up Poirier’s wife before the fight. It got even worse after the fight when McGregor threatened both Poirier’s wife and daughter.

It’s easy to see why Poirier would still want to hand Conor another beatdown, especially after it was so easy the first two times.

There’s just one thing standing in the way of Dustin Poirier and Conor McGregor meeting for a 4th time. Dustin Poirier is fighting for the title tonight and McGregor might never sniff another title shot in his career.

Poirier is favored to win the belt tonight and already holds a win over Justin Gaethje, who would likely be his first challenger with a win tonight. If Poirier does take home the belt, it could be some time before we see The Diamond in a non-title fight.

Before any of this comes into play, Poirier has a tough challenge ahead of him in the form of his title challenge against Charles Oliveira at UFC 269 tonight.

The MMA world is anxiously awaiting the title fight, which promises to deliver non-stop action, but Poirier’s beef with McGregor is a big part of his story coming into the fight.