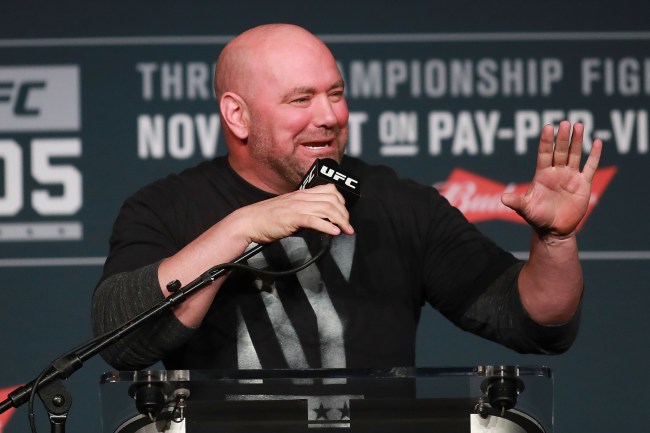 There is arguably no contact sport like the Ultimate Fighting Championship (UFC) in which athletes must endure savage physical abuse in pursuit of a win.

These guys get their asses handed to them regularly, suffering concussions, broken bones, cauliflower ears, and all sorts of other unsavory bangs and bruises that would send the average man off to cry to his mommy.

Getting smacked around is one thing, but the morning after a fight is a whole other beast. Some fighters have described the toll as feeling as if their bodies had suffered the wrath of several car wrecks.

UFC lightweight Scott Holtzman said last year that he has been so sore from duking it out in the octagon that he can’t even tie his shoes the next day. He told the Bleacher Report that his fists have swollen up before to the size of lunchboxes.

So, dealing with pain is just par for the course with these crazy bastards. Unfortunately, this means prescription painkillers can become as ordinary as taking a morning piss. And as we’ve learned from the horror stories of America’s opioid epidemic, getting mixed up with hardcore pain medication doesn’t necessarily end well for a lot of folks.

But there are potential pain management alternatives out there that the sporting world is interested in pursuing – Cannabidiol (CBD) is one of them.

In fact, the UFC just signed a research deal with the Canadian cannabis firm Aurora to study the effects of CBD on its fighters. The goal is to measure the efficacy of the non-intoxicating compound of the cannabis sativa plant (hemp-derived products only) in terms of maintaining overall health and wellness.

The UFC wants to learn whether there is any truth in CBD’s purported power to reduce swelling, combat pain, and contribute to quicker recovery times. To learn more, the organization has invested millions of dollars into this program.

How much exactly? Well, the press release wasn’t specific. It only suggests that study is part of a “multi-year, multi-million dollar,” agreement.

What is known is that all of the research will be conducted in Las Vegas at the UFC’s 30,000-sq-ft- Performance Institute. Dr. Jason Dyck, a professor at the University of Alberta and a Canada Research Chair in Molecular Medicine, is slated to supervise the program.

UFC President Dana White said this exploration into the potential health benefits of CBD is just part of the UFC’s quest to keep its fighters in top form.

“Since the day we opened the Performance Institute, our primary goal was to offer UFC athletes the best possible training, nutrition, and recovery services,” White said. “This partnership with Aurora is an extension of that goal, and we’re looking forward to collaborating with Aurora to find new ways to improve the health and safety of athletes who compete in UFC.”

The idea of using CBD for recovery to assist in alleviating the symptoms of an ass whooping began just a few years ago when Nate Diaz told reporters during a post-fight press conference that he was vaping CBD.

“It helps with the healing process and inflammation, stuff like that,” he said. “So you want to get these for before and after the fights, training. It’ll make your life a better place.”

These were controversial words at the time, considering that CBD was still very much associated with marijuana and banned under many sports leagues’ anti-drug policies. Diaz’s candidness ultimately prompted the U.S. Anti-Doping Agency (USADA) to issue him a public warning for using a prohibited substance.

But Diaz didn’t give two flying shits. He later told Ariel Helwani during a special edition of The MMA Hour that the vaping incident made him a metric shit ton of money. “I banked out in the cannabis industry from it,” he said. “It was a good move, and it was organic.”

In 2017, the World Anti-Doping Agency, which was created by the International Olympic Committee, made a change in its drug policy that made it possible for more athlete to use CBD without career repercussions. “Cannabidiol is no longer prohibited,” the agency said in a statement. “Synthetic cannabidiol is not a cannabimimetic; however, cannabidiol extracted from cannabis plants may also contain varying concentrations of THC, which remains a prohibited substance.”

Now, it is relatively common to see MMA fighters doing business with CBD companies. In fact, sponsorships from the pockets of CBD firms are expected to increase substantially in the sports sector over the next few years.

These deals are already happening in some parts of the racing scene. Interestingly, a couple of IndyCar drivers (James Hinchliffe (5) and Marcus Ericsson (7) ) will be riding around this weekend during the Indy 500 branded with the logo of a CBD sports drink called DEFY. But if either of these two drivers wins, don’t expect to see them celebrating the victory by sucking down CBD-infused DEFY in the winner’s circle. Cannabidiol is still on IndyCar’s list of banned substances.

When it comes to the healing powers of CBD, very little is known. All we have is a series of anecdotal reports that it is this all-healing substance of the Gods, but not much of it is backed up by any kind of hard science. It is for this reason that the UFC’s CBD research program is so important. However, since this investigation is not supported by the federal government, any definitive finds showing that CBD can be used as medicine will continue to be discounted at the national level.

Any CBD company wishing to make claims about a product having some therapeutic function must go through the U.S. Food and Drug Administration’s (FDA) extensive approval process. It is one of Uncle Sam’s bureaucratic traps that costs companies billions of dollars over several years and still offers no guarantee of a green light.

But without it, CBD companies, for instance, can get into a lot of trouble for making what the agency calls “false claims” about their products. So far, no hemp-derived CBD product has received clearance from the FDA for medicinal purposes.

But is this partnership really just about learning more about CBD? Probably not. There is a reason to suspect that the UFC’s deal with Aurora may have more to do with monetary gain than the well-being of fighters.

A statement provided by Aurora CEO Terry Booth indicates that “this global partnership places focus squarely on the health and well-being of UFC’s talented and highly trained athletes… while creating numerous opportunities to accelerate our global CBD business.”