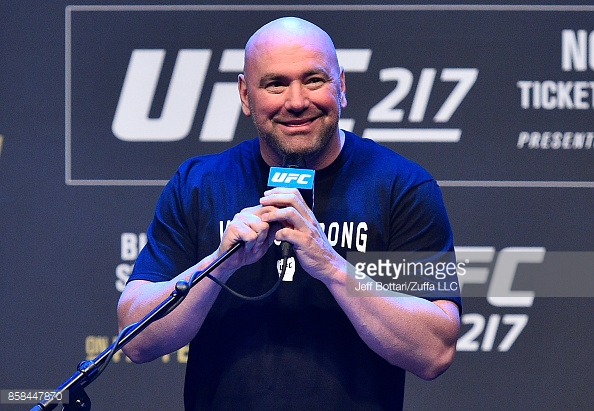 Rogers Communications, Inc. (RCI) is exploring a sale of the Toronto Blue Jays and its minority stake in Cogeco Communications (TSX: CCA), as the company focuses on growing revenue and increasing margins within its wireless and cable divisions. While talks remain in the exploratory stages and no deal is imminent, RCI is seeking “surface value” for the Toronto baseball franchise; believing the team remains undervalued within the larger conglomerate. Should the company sell the team, you can still expect RCI to carry Jays games; CFO Tony Staffieri stated, RCI “would like to get the content without having the capital tied up on our balance sheet”. The Canadian communications giant acquired the Blue Jays in 2000 for $137 million.

Howie Long-Short: Forbes valued the franchise at $1.3 billion (based on projected revenue of $278 million); I say that’s far too low. The Marlins, which lost $60 million in ‘17, sold for nearly 6x revenue; though I certainly would argue the Jeter group overpaid. If you’re going to give Toronto the same multiple, which isn’t unreasonable when you consider the franchise was projected to turn a profit of $22.9 million in ’17, you must assume the sale price is going to be at least $1.65 billion. I should note that shares of RCI are up 27% YTD.

Fan Marino: Blue Jays television analyst Gregg Zaun was recently terminated by Sportsnet after several women accused him of “inappropriate behavior and comments”. It is unclear how many women came forward and what the behavior entailed. To Sportnet’s credit, he was terminated immediately following an investigation into his wrongdoing.

The UFC’s contract with Twenty-First Century Fox (FOXA) expires at the end of 2018 and the ultimate-fighting organization is currently negotiating its next television deal (no PPV fights) with several broadcast outlets; after turning down $200 million/year, as part of a multi-year extension with FOXA. The UFC, which will receive $160 million in the final year of the expiring 7-year contract, has been looking to increase that revenue stream to between $420-$450 million annually; but with FS1 main cards down 13% YOY (to 866,000) and FOX specials down 30.9% YOY (to 2.1 million), there have been no takers to date. CBS, NBC, ESPN, Turner Sports, Amazon and Oath are potential destinations, should the UFC walk away from FOXA.

Howie Long-Short: Turner (TWX) is most interested, but with the UFC wanting to wrap up negotiations later this month (or early 2018 at the latest) and Turner tangled up in the AT&T-Time Warner troubled merger, the timing may not be right. They also lack the broadcast network necessary to draw UFC’s biggest audiences. It’s certainly possible that the first offer (the Fox offer), is the best offer the UFC is going to receive (in terms of both money and reach). The UFC might hit $420 million in television revenue, but it’s going to come from linear and streaming rights combined.

Fan Marino: NBC would be a logical destination (NBCSN has a comparable audience size to FS1) as they also own the rights to Al Haymon’s “Premier Boxing Champions” series, but the framework of that deal is far different than what Dana White and Co. are looking for. Haymon isn’t getting hundreds of millions in guaranteed annual payments; he’s purchasing time on NBC (at least $20 million annually) and spending additional money to promote and market the fights. As a boxing fan, I’m glad he is; we’re getting world class fighters (see: Adrian Broner, Deontay Wilder), in prime-time (i.e. not 12:30a EST), for free (i.e. not on PPV).

A.S. Roma has received approval to proceed with the construction of a long-delayed new stadium (Stadio della Roma) and entertainment complex, in the Italian capital; in the wake of the Italian National Team failing to qualify for the 2018 World Cup. Plans for the facility, first presented in ‘14 with the intention of opening for the ’16-’17 season, have been consistently delayed by environmental concerns and the public funding ($230 million+) required to complete $2 billion project; but, with the Italian government pushing for approval and a reduction in project’s scope (they won’t be building 3 proposed office towers), Roma finally received the go-ahead Tuesday. It is expected that the club will break ground on the new stadium next Spring.

Howie Long-Short: Jim Palotta, a co-owner of the Boston Celtics, is the Chairman and majority owner of A.S. Roma; but 22% of the franchise is publicly traded on the Borsa Italiana, the Italian stock exchange, under the symbol BIT: ASR. Forbes listed Roma as it’s 17th most valuable soccer club in the world (+12% YOY to $569 million) in 2017, despite the club losing $21 million on $242 million in revenue. The Atlanta Braves saw a 70% YOY increase in revenue, following their move in to SunTrust park. Pallotta has said that he expects Stadio della Roma to increase team revenues by more than 100%.

Fan Marino: Roma currently plays within a 72,000-seat stadium that it shares with rival Lazio; an outdated facility (opened in 1937) with a track that surrounds the field, placing the fans far from the action. The proposed facility, with a design inspired by the Roman Coliseum, will be an intimate 52,500 seat venue (that can increase to 60,000). As for the club, they won their Champion’s League Group on Tuesday (Real Madrid and Bayern Munich are potential 2nd round opponents), are trying to reach the quarterfinals for the first time since ’08-‘09 and currently sit 4th in the Serie A standings; Inter Milan is in 1st place and 5 points ahead.