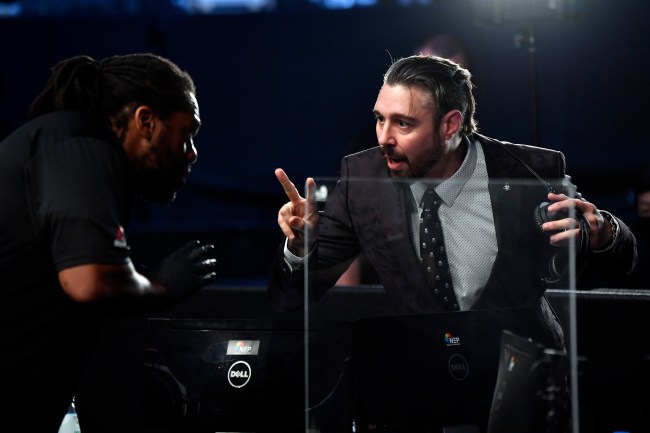 Referee Herb Dean doesn’t believe he made the incorrect call in Saturday night’s bout between Francisco Trinaldo vs. Jai Herbert fight at UFC on ESPN 14.

The veteran MMA referee found himself in hot water after UFC fans believed he should have stopped the Trinaldo-Herbert fight sooner than he did because it seemed like Herbert was unresponsive when he was initially knocked down.

What was the point of those extra punches? You could tell Trinaldo didn’t want to throw those but was forced to. Unnecessary. https://t.co/qGZUJlbeif

Dean was even berated by UFC announcer Dan Hardy cageside over the stoppage.

On Sunday, Dean took to Instagram to defend his decision to not instantly stop the match when Herbert was rocked.

The bottom line now if I have to look at that match, not looking at it to know if I should’ve stopped it early, because it’s easy,” Dean said. “Anyone who believes it’s not is just following because someone with a microphone says it should’ve been stopped. But if you know anything about fighting, the fighter got hurt, fighters get rocked all the time, but we’re looking at his actions. He’s tracking his opponent, he knows where his opponent is. He’s putting both arms between him and his opponent, he’s lifting his legs and head off the mat. He’s doing everything I could ask for to stay in that fight. So, it wasn’t a bad stoppage.

Dean went on to blast Hardy for yelling ‘stop the fight’ during the match citing that the only people who should yell those words are the corner and the ringside physician.

What I really want to get into right now is during the match someone yelled out, ‘Stop the fight,’”. “It’s really interesting because there’s only professionals there and there’s not one fan in the building. Everybody has a job there, everybody knows what their job is and they have specific duties. I have a job to referee the fight, one of my duties is to stop the fight when the fighter’s taking too much damage. There’s two people who are authorized to advise me during that, to maybe yell out those words, ‘Stop the fight.’

There’s one, the physician. We have a ringside physician who knows more about the physical body than I do. He’s there to give me advice. If he can’t get my attention maybe he might yell, ‘Stop the fight.’ Then there’s the fighter’s corner

“After the match I followed up, I asked the physician he said, ‘No, that fight was fine. You were doing perfectly fine with everything you did in that match,’” Dean said. “I didn’t get a chance to ask his corner, but I asked the inspectors, who are in charge of his corner. They said, ‘No. The corner did not yell out to stop the match.’ That means it was someone else, someone else there to do a job. This is a very dangerous thing to do. If you put on your Superman shirt and decide that you’re the smartest person in the room, smarter than the physician, smarter than the corner who works with the guy and smarter than the referee, there’s a chance you could bring in information that could do the fighter a disservice.

The UFC will reportedly now investigate Hardy’s actions during the match.