Your Ultimate DFS Guide To The Upcoming Workday Charity Open 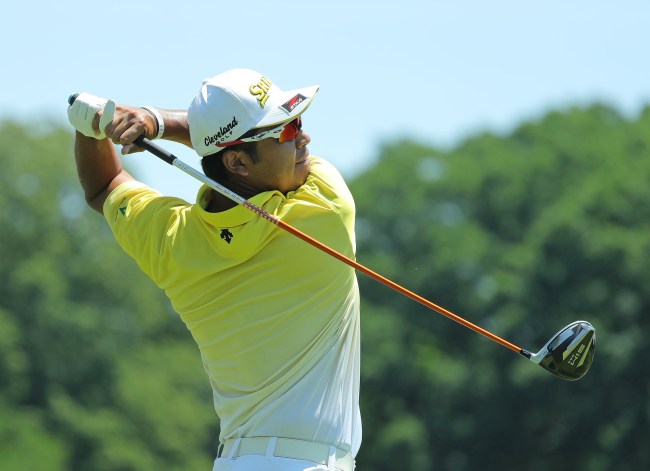 Last week, at the Rocket Mortgage Classic, Bryson Dechambeau came through for us, cashing our 6.5-1 bet, gaining us some more profit on the year, bringing our total on the year to +14.66. The payout wasn’t as good as we would like because he was such a big favorite, but who’s going to complain about making 1.25x your money am I right?

This week we are going to try to stay hot at the Workday Charity Open, a one off tournament that is this year only. In a strange set of events because of Covid-19, there will be two consecutive golf tournaments at the same course, so expect some crossover this week and next.

Looking at past events at Muirfield Country Club, there are a whole lot of stats that seem to come up at the top of the leaderboards on a yearly basis. The greens here are small, so we are looking for good approach players, and guys who can scramble around the greens, and avoid bogeys among other stats.

After a weak field last week where a lot of big names sat out, we are back with a loaded up field. So we are not going to be able to bet all the studs, unfortunately, there are going to be some real threats we have to hope don’t have great weeks.

Below is a refresher on how I am allocating my bets this week, and who I like to take down the Workday Charity Open. 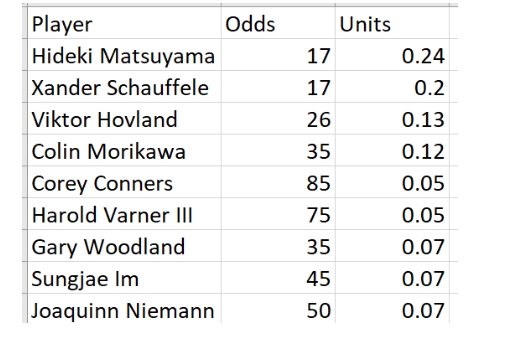 Now we’re going to look at players I have the most interest in using on DraftKings in their tournaments. In these articles, I am going to pick two players that I am the most interested in using, from three different tiers. $9,000 and up, $7500-$8900, and under $7500.

With four tournaments in the books, we now have a solid sample of using recent form as well for our golfers, so we know who is playing reasonably well and who looks off.

This week is unique, as we have two straight tournaments at the same venue. Apparently this week is going to have shorter rough and slower greens than next week. Still, these greens are small and difficult to hit. We are looking for great ball strikers.

Matsuyama is the cheapest of the big dogs this week, and he comes in first in my model. He’s an exceptional ball striker, one of the best on tour. He’s also one of the worst putters on tour. If he can just putt average…he could easily take home the title this week.

Hovland’s been playing great golf since we returned, and is showing no signs of slowing down. He ranks elite in just about every category we are looking for except for around the green…but you don’t have to be good around the green if you are sticking the ball close to the pin! Hovland is fairly priced, so I like him to do more damage this week.

Varner’s been playing reasonably well since the PGA Tour returned. He’s made the cut 3 out of 4 weeks so far, and gains strokes on the field in multiple facets on a weekly basis. He’s become very consistent and at only $7,500 should give us good return on his price.

As usual, Corey Conners ranks highly in my model, as he is one of the most elite ball strikers on tour. And as usual, he’s one of the worst putters on the tour. Similar to Matsuyama, if he can just putt average, he is a threat to top ten in this event.

Tringale came back and missed a cut in his first showing, where he was absolutely atrocious. However, he rebounded nicely, posting a 30th place finish last week. He’s either well above average or average in every state I am looking at, and comes in my model at 13th. He looks like a solid value this week.

Ortiz is my big salary saver this week. As usual down at this price range, this is a boom or bust play. He’s missed two cuts since we returned, but also has a 33rd finish. He’s one of the best birdie makers in the field, so if he gets hot, he has great upside for such a cheap price.