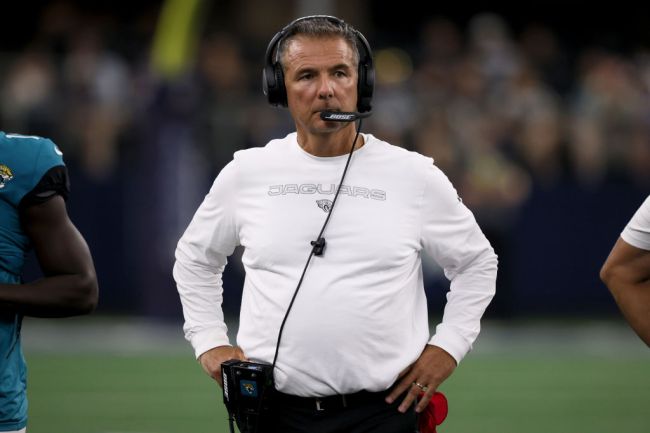 On Sunday morning, CBS’ Jason La Canfora reported that Meyer has been rubbing players and coaches on staff the wrong way due to the fact that he becomes “unhinged” way too easily.

Early signs on Urban Meyer's adjustment to the NFL are not great. Players and coaches on edge after a rocky summer https://t.co/1fx2q32R62

There have been repeated issues with other coaches on staff, with Meyer’s temper and lack of familiarity with the ebbs and flows of the NFL calendar rubbing the Jacksonville Jaguars staff and players the wrong way, the sources said. There is a disconnect at times between the members of the staff with extensive pro experience and those who lack it, and morale has suffered as the outbursts have continued. His fiery remarks to players and coaches after games have already struck many as bizarre.

“He has everyone looking over their shoulders already,” said one source with direct knowledge of the daily operations in Jacksonville. “He becomes unhinged way too easily, and he doesn’t know how to handle losing, even in the preseason. He loses it and wants to take over the drills himself. It’s not good.”

According to La Canfora, Meyer reportedly lost is cool several times during the preseason.

There were difficulties getting the schedule set and installations completed on time, sources said, with Meyer pushing to treat the preseason games more like the regular season in terms of how vanilla to keep the game plans and how much to play the most vital players. Meyer, who was wildly successful at the college level and often enjoyed superior personnel, has lashed out at his staff after exhibition losses and, sources said, called some of their job security into question despite them having yet to play a game that matters in the standings.

Another source said: “You can’t freak out about preseason games and belittle your coaches — on a staff you handpicked — every time things don’t go your way. It’s not going to work here.”

It seems like it’s going to be a long season for the Jacksonville Jaguars.