The Jaguars Are Off To An 0-3 Start, But Don’t Worry, Urban Meyer Says They’re ‘Going To Get Things Going’ 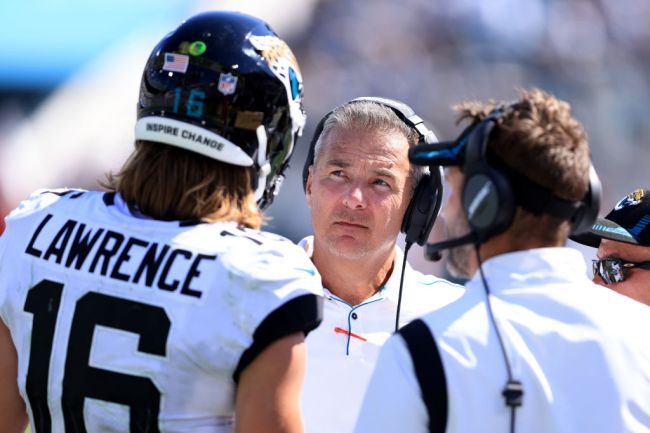 Another week, another loss for the Jacksonville Jaguars as Urban Meyer moves to 0-3 as an NFL head coach following a 31-19 loss to the Arizona Cardinals.

To their credit, the Jags did look better during Sunday’s loss to the Cardinals, but at the end of the day, looking better and still losing doesn’t matter a whole lot in the NFL. It was no secret that Meyer was taking over a project in Jacksonville, but this is about as bad a start as one could have drawn up.

The Jags were blown out in Week 1 by the Texans before falling to the Denver Broncos and Cardinals at home the following two weeks. On top of that, Meyer doesn’t seem to have too many votes of confidence in his corner at the moment.

Regardless of the situation, Meyer is still remaining positive and for the second straight week came out and explained that things are moving in the right direction for his team.

“We’re going to get this thing going,” Meyer said after the loss to Arizona. “I know I said that last week, but damn we played hard out there. Our players played their asses off. We just have to eliminate some mistakes and learn how to win. The locker room is as good a locker room as I’ve ever had.”

That statement was eerily similar to what Meyer told the media following his team’s loss to the Broncos, telling fans to “hang in there with us, we’re going to get better.” The Jags even posted that quote all over their social media, which was a pretty embarrassing situation if we’re being honest.

The Jags have gotten better since their Week 1 loss to Houston, but again, the only way to turn the tides is by putting a notch in the win column.