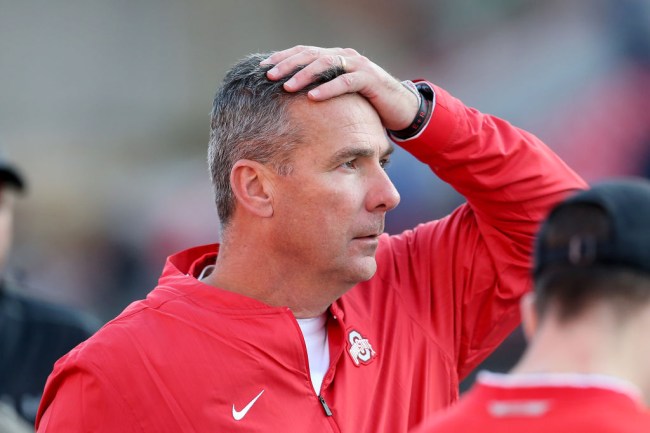 A couple of weeks ago, Urban Meyer announced he’d be stepping down as the head coach at Ohio State and permanently stepping away from football.

It was a surprising move but one that wasn’t entirely unexpected; Meyer had been battling with health issues and, perhaps more notably, enough scandals to make Shonda Rhimes look like an amateur.

Meyer had a bit of a rough year thanks in no small part to former assistant coach Zach Smith, who Meyer decided to keep on staff despite being aware of his propensity for domestic violence.

After denying he knew about the allegations, Meyer admitted he had a bit more knowledge of the situation than he’d previously claimed (we’d eventually discover he’d deleted old text messages concerning Smith).

He was eventually hit with a three-game suspension he swore he wouldn’t serve before acknowledging he could have done a better job handling the situation, which everyone not named “Urban Meyer” already knew.

As if that wasn’t enough, some athletes who played under Meyer at Florida claimed he turned a blind eye to a rampant pattern of abuse while overseeing the program.

It’s not entirely clear what Meyer plans to do with his life once he hangs up the headset after the Rose Bowl, but based on a recent report, it looks like he’s going to give teaching a try and prove he has an unparalleled lack of self-awareness in the process.

On Thursday, it was revealed the coach will be teaming up with Lt. Col. Charles Buchanan to teach a class on character and leadership at Ohio State’s Fisher College of Business because the world makes no fucking sense anymore.

I’m not sure why Ohio State thought Meyer was the best man for the job here unless his lesson plan is teaching students to do the opposite of everything he’s done.