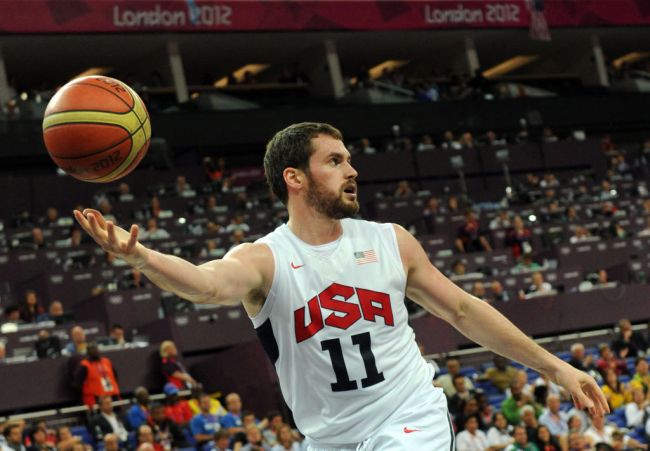 Someone is always going to get snubbed with a subjective process and a finite spots to fill, but from a numbers standpoint this past season, Kevin Love should have been awarded the job of washing Randle’s Olympic jersey and fetching him snacks from vending machine in Tokyo. That’s to say nothing of the injuries Love’s been grappling with over the past two seasons.

In any event, on Tuesday Colangelo fielded questions as to the decision-making behind bringing Love on to the squad, claiming his skillset and international experience punched his ticket.

“The best reason to say why Kevin Love as an extra big was because of his international experience. Yes it’s true he hasn’t played much of anything the last couple of years, but the skills he brings to the table and commitment he’s made to physical conditioning, he’s a versatile guy up front who can rebound and hit shots. Who’s to say how many minutes a guy will play? You’re not playing all 12 players. It was a matter of filling out the roster with role players.”

Team USA coach Gregg Popovich approached Love about playing this summer and the 32-year-old agreed after receiving “enthusiastic support” from the Cavs organization.

In an ESPN piece about how the USA Team was built, Brian Windhorst credits Pop’s vote of confidence and Love’s versatility as major factors in his invitation.

Getting versatile players and shooting was the top priority during roster construction. Love checks both boxes and has the experience of a gold-medal run in 2012 in London.

At this point, Kevin Love will play for any team. As long as it’s not the Cavs.