USA Basketball Throws Shade At FIBA After Losing No. 1 Ranking For First Time In History 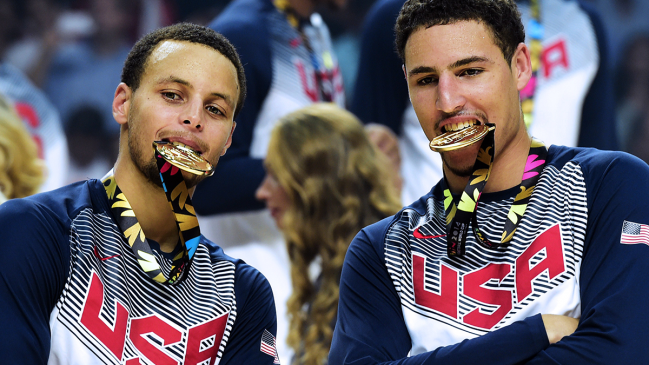 It’s been over 130 years since James Naismith hung a peach basket ten feet above the floor in the gym inside a YMCA in Springfield, Massachusetts in 1891 to introduce the world to a new sport that was creatively dubbed “basketball.”

It didn’t take long for that new pastime to catch on and spread around the United States and beyond. In 1936, the Summer Olympics officially welcomed basketball into the fold at the Berlin Games, an event that Team USA has traditionally dominated ever since.

America’s men’s team has taken home the gold medal in 16 of the 19 Olympic tournaments that have been held since then, and Argentina is currently the only country still in existence that’s managed to earn the top spot at the podium after doing so in 2016 (Eastern Europe Had A Moment in the 1980s, as Yugoslavia won in Moscow in 1980 and the Soviet Union triumphed in Seoul in 1988).

It’s not exactly shocking that players representing the country where basketball was invented have traditionally dominated on the international level. While non-American teams have had a bit more luck at the FIBA Basketball World Cup, none of them have won more gold or total medals than the United States, whose men’s team has consistently remained in the top spot in the FIBA world rankings since they were first introduced in 2002.

However, that’s no longer the case. On Friday, the governing body announced America’s men’s team has officially been dethroned for the first time after Spain ascended to the No. 1 spot when the standings were updated following the conclusion of the most recent round of qualifiers for the 2023 FIBA World Cup.

As you can see, Spain’s margin of victory in the points used to calculate the rankings is about as narrow as it can be, and USA Basketball had a very flippant reaction to the change after the news broke.

Spain won the most recent World Cup in 2019 and also walked away with the trophy in 2006 before the United States answered by winning two consecutive tournaments in 2010 and 2014.

The 2023 event is currently slated to kick off in Asia at the end of the summer, and it seems like there’s a very good chance the two squads will have the chance to either reaffirm or reestablish their superiority when they head there next year.