Usain Bolt Might Actually Be Better At Soccer Than Anyone Thought 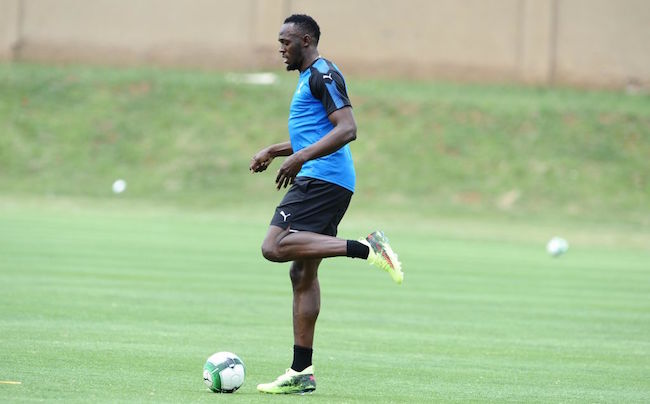 Noted fast person Usain Bolt has been a huge fan of soccer his entire life, and although he made a name for himself with sprinting, he never really lost his passion for the other sport. Last year, Bolt pulled a Tim Tebow and announced he was planning to join a professional soccer club at some point in 2018, and it looks like it’s a very real possibility.

While it could be viewed as a publicity stunt, Bundesliga squad Borussia Dortmund gave Bolt a chance to train with the team this week, and based on his performance during practice, it seems like the former sprinter might could end up playing somewhere— even if it ends up being David Beckham’s future team in Miami.

Tebow was cut from the Mets spring training team thanks to his impressively unimpressive showing, but based on the videos released of Bolt’s training session, he can hang with the best:

He also found some time to embarrass a defender on the pitch:

To cap things off, he netted a header during a scrimmage:

Bolt’s ultimate goal is to play with Manchester United, but I’m sure he’d be willing to settle for a contract with a slightly less prestigious squad. A marketing executive with the team tried to downplay what many people viewed as a publicity stunt and said that Bolt will receive the same assessment any other player would.

An estimated 1,500 people showed up to watch him practice, so it looks like everyone won in this situation.