Vanessa Bryant Lawsuit Reveals How She Learned Of Crash, Details Of The Immediate Aftermath 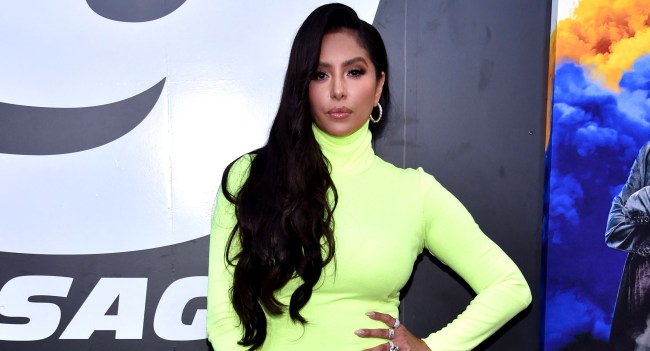 This past Friday, Vanessa Bryant gave a virtual deposition to Los Angeles County attorney Louis Miller. It was during this questioning that Vanessa revealed how she came to learn of the deadly helicopter crash, the deaths of her family members, and some of what occurred in the immediate aftermath of her learning the news.

As Vanessa tried to call Kobe to check on him, she says she started receiving numerous notifications that Kobe had died. It was at that point that she went to an airport in an attempt to get a helicopter ride to the crash site, but due to the weather was unable to secure a flight.

Bryant said that after she was told that she could not fly to the crash site, she met up with Rob Pelinka, the Lakers general manager who served as Kobe’s agent during part of his N.B.A. career. Pelinka, Bryant said, drove them during the hour-and-forty-five-minute trip to the sheriff’s station in Malibu, near the crash site.

At the sheriff’s station, Bryant said “no one would answer” questions about her husband and daughter. She was escorted back and forth between rooms, and after a long wait, she said, a pastor walked in and then Los Angeles County Sheriff Alex Villanueva came with a publicist. Bryant said she wanted privacy and asked the publicist to leave the room.

Villanueva confirmed the deaths, Bryant said, and asked if he could do anything for her.

Related: L.A. County Forcing Vanessa Bryant To Undergo A Psychiatric Test Is As Slimey As It Gets

Bryant also revealed during her deposition that she recovered the clothes that Kobe and Gianna were wearing at the time of the helicopter crash out of fear that people would take photographs of them as well.

“They suffered a lot,” Bryant said. “And if their clothes represent the condition of their bodies, I cannot imagine how someone could be so callous and have no regard for them or their friends and just share the images as if they were animals on the street.”

Los Angeles County attorneys are requesting independent medical examinations involve psychiatric evaluations of each of the plaintiffs, including Vanessa Bryant, to determine the extent of their actual emotional distress.

This request, which Bryant’s lawyers are fighting, led to 10 of the plaintiffs, including all of the young children, to withdraw their participation in the lawsuit.

Among the people Vanessa Bryant has listed as witnesses to her emotional distress are Rob Pelinka, Ciara, La La Anthony, Monica, and and Catherine Gasol, the wife of Kobe’s former teammate Pau Gasol.

Every witness has been asked by Los Angeles County attorneys to produce an abundance of documents. For example, the subpoena received by Ciara asked for all communications related to Bryant’s emotional distress between her and Bryant or anybody else going back all the way to 2010. The helicopter crash occurred on Jan. 26, 2020.

More hearings in the case are scheduled for Oct. 29 and Nov. 5 where the judge is expected to rule on certain motions.