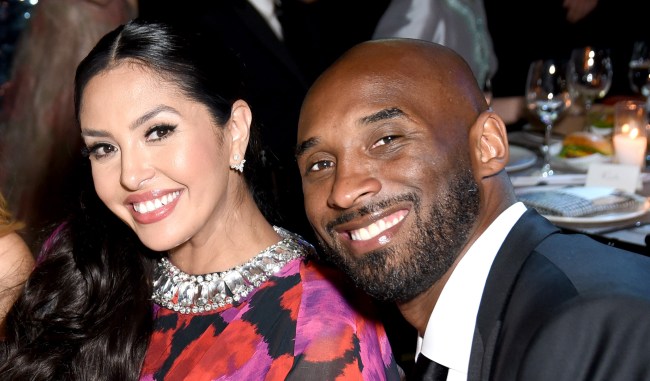 Over the weekend it was revealed that Vanessa Bryant’s mom Sofia Laine had conducted an interview with Univision in which she made some startling accusations against her daughter.

In the interview, which aired Monday at 4 p.m. local time on the El Gordo y La Flaca Show, Laine claimed her daughter Vanessa kicked her out of the family home and had her car taken away by Bryant.

Vanessa, who did not appear in the interview segment, did provide Univision with a statement about her mom.

“My husband and daughter passed away unexpectedly, and yet my mother had the audacity to do a television interview speaking negatively of me while shedding tears for a car and a house that were not in her name,” wrote Vanessa.

“She has removed all her diamond jewelery, emptied the apartment I provided, and put away the furniture to make it look like she doesn’t have my support. My husband and I have supported her financially for the past 20 years, and continue to do so, in addition to her monthly alimony.

“Contrary to previous reports, she has not been physically present or emotionally supportive of my daughters and me after my husband and daughter passed away.

“Now I see what is most important to my mother and it’s more than painful. I hope that everything that is coming out about our personal relationship ends here.”

This is quite a turnabout as following the death of Vanessa’s husband Kobe and daughter Gianna Sophia Laine was being referred to as Vanessa’s “rock.”

In semi-related news, TMZ reports that Vanessa has filed a lawsuit against the L.A. County Sheriff Alex Villanueva and his department for allegedly taking personal cellphone photos of the bodies of Kobe and Gianna Bryant at the scene of the fatal helicopter crash and then showing them to each other and people outside the department.

TMZ reports that the lawsuit claims “no fewer than 8 sheriff’s deputies at the crash site, pulled out their personal cell phones and snapped photos of the dead children, parents and coaches. The deputies took these photos for their own personal gratification.”

The lawsuit, which seeks unspecified damages, also states Vanessa “lives in fear that she or her children will one day confront horrific images of their loved ones online.”