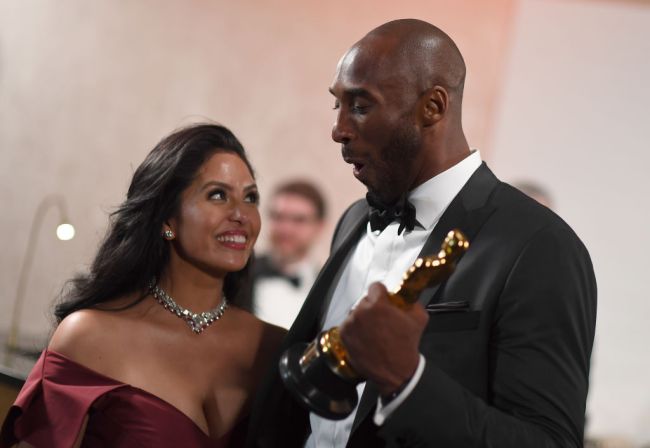 The mother of Vanessa Bryant has gone public with accusations that her daughter kicked her out of the house and even allegedly took away her car. Vanessa’s mom, Sofia Laine, gave a tearful interview where she made the allegations against Kobe Bryant’s widow.

Laine gave an interview to David Valadez from Spanish-language network Univision. According to Google Translate, the teaser clip reads: “Kobe Bryant’s mother-in-law who is mired in abandonment and sadness speaks for the first time.”

A teary-eyed Laine claims that her own daughter told her: “You need to leave my house and give me my car.”

The full interview with Vanessa’s mother will air on Monday at 4 p.m. local time on the “El Gordo y La Flaca Show,” which Google Translate says it means: “The fat and the skinny.” I’m sure the mother airing out her grievances about her daughter on an international network with millions of viewers will smooth things over with Vanessa.

This is a much more maligned relationship than what was reported in a US Weekly story published shortly after the helicopter crash in Calabasas, California, that took the lives of Kobe Bryant and his 13-year-old daughter Gianna on January 26, 2020.

The article published in February reported that Laine had been Vanessa’s “rock” following the tragic death of her husband and young daughter.

“Vanessa, 37, is incredibly close to her mom and her mom has been her rock throughout the past few weeks,” an Us Weekly source claimed. “Her mom is always with her and the girls [Natalia, 17, Bianka, 3, and Capri, 7 months] and she’s been keeping Vanessa strong and she’s the weight of her support system.”

“Vanessa takes solace in the support of her mom and her sister [Sophie Laine], who are committed to seeing her through this,” the source told US Weekly. “But at the end of the day, there aren’t words to describe her feelings.”

The article went on to say that Vanessa was “in denial” about the heartbreaking loss, but she was aware that “life must go on” for her family.

Vanessa Bryant has made her Instagram “private,” which has over 13 million followers.

“I say [to them], ‘I’m going to buy you a very nice home, and the response is ‘That’s not good enough’?” Bryant told ESPN’s Ramona Shelburne. “Then you’re selling my sh*t?”

Kobe was emotional after winning the 2001 NBA Championship because the rocky relationship between his parents and his wife Vanessa forced him to ex-communicate them. Bryant was heartbroken at the time that his father, former NBA forward Joe “Jellybean” Bryant, and his mother were absent from his extraordinary achievement of winning an NBA Championship at age 22.