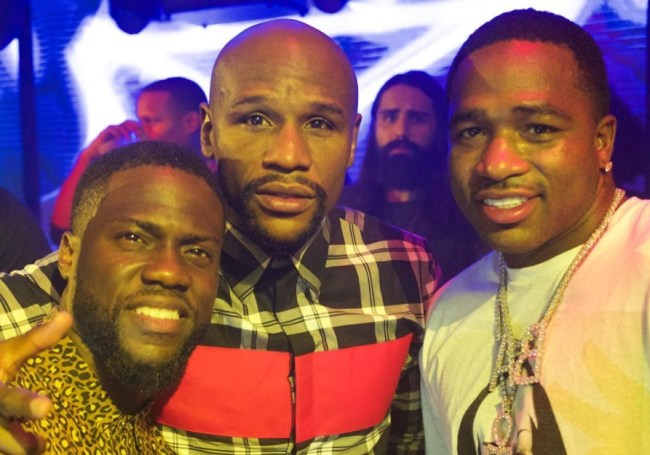 Video appears to show Adrien Broner shoving a woman and knocking out a dude on the Vegas strip. The former world champion tussles with a female companion and then chases down a man to knock him out cold. Six days ago, Broner posted this photo on his Instagram wearing this t-shirt (If I’m not mistaken, the shirt may feature Instagram model C.J. Miles).

Then this video of a man looking like Adrien Broner and wearing a shirt similar to the one he was wearing in the Instagram post emerged. Broner and his lady friend were arguing near the MGM Grand and then he knocks out the guy despite her trying to calm him down.

TMZ reported that security talked to Broner, but let him go.

Maybe Adrien should steer clear of Vegas. Last October, Broner was accused of choking a waitress at Drai’s nightclub in Sin City.