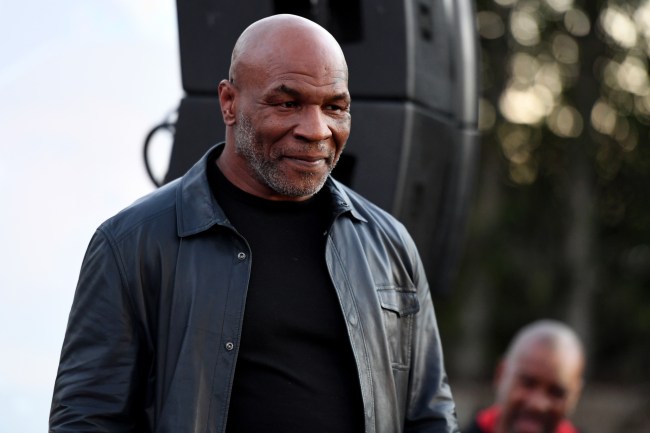 Whenever Mike Tyson makes an appearance on television, it tends to be worth watching. He’s usually good for a memorable quote or for unintentionally scaring the hosts into agreeing with him. However, on one TV appearance, Tyson showed off a pretty incredible skill.

In a video Tyson shared on his Instagram page today, he can be seen showing off some impressive dart throwing skills.

He manages to hit the board right off the bat, which the host lets him know is better than most guests do. Then we see a true spectacle.

Mike Tyson’s next throw lands right in the outer circle of the bullseye, much to the amazement of the host and studio crowd. Then he followed it up by putting another dart right next to that second throw.

The host is shocked to see Tyson’s accuracy and Tyson tries to assure everybody that he can, in fact, not see anything. Check out the video here:

Perhaps the most impressive part of this feat from Tyson is just how much better he performed than anybody else who has ever attempted the same thing on the show. At the end of the video, we were shown a leaderboard.

The previous leader was Terrell Owens, who had scored 35 points. Mike Tyson absolutely destroyed that number, putting up 55 points on his 3 throws.

It’s impressive to see such accuracy from an athlete like Tyson. Mike Tyson’s boxing career was built on terrifying power in his hands. It’s not the type of thing that usually pairs with this kind of pinpoint accuracy.

If you ever run into Mike Tyson out at a bar, whatever you do don’t challenge him to a game of darts. It’s not going to go well for you.