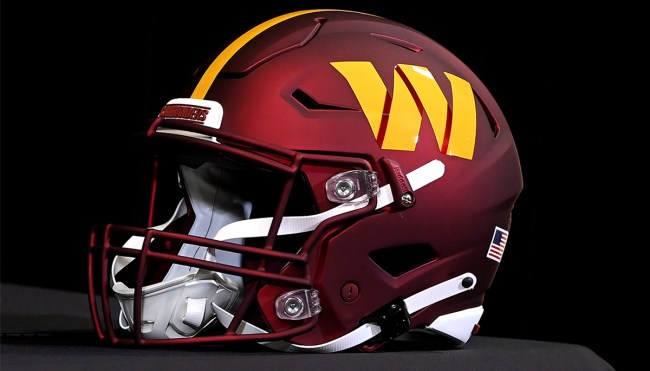 Last season, the NFL team that is now known as the Washington Commanders found itself at the center of some painfully on the nose symbolism when some fans attending a game at FedEx Field were covered in raw sewage after a pipe burst occurred inside the home stadium of the league’s most beleaguered franchise.

The bulk of Washington’s issues can be traced back to tyrannical owner Dan Snyder, who has been at the center of an impressive number of controversies since taking control of the team in 1999.

The billionaire—who has reportedly found himself in the crosshairs of other owners who are angling to oust him—has been repeatedly accused of fostering a toxic workplace rife with sexual harassment and is currently at the center of a federal congressional investigation concerning alleged accounting anomalies connected to an apparent scheme to defraud season ticket holders and other NFL teams.

However, it appears his political woes don’t stop there based on a new foe who emerged on Thursday.

Earlier this week, a report revealed the franchise spent $100 million to secure a 200-acre plot of land in Woodbridge, Virginia, which lays the groundwork for a potential move when its lease at FedEx Field expires in 2027. The team is apparently planning to build a new stadium surrounded by a massive retail complex filled with restaurants, bars, and shops, and it goes without saying Snyder is hoping the Commanders will be the latest team to have that kind of project subsidized by a solid chunk of taxpayer money.

Any funding would be contingent on Virginia’s governor signing off on a measure that would also require the seal of approval of its congressional members, and it didn’t take long for one state senator to make it very clear he will be voting “No” if that measure makes its way to the floor while firing a major shot across the Commanders’ bow.

On Wednesday, Chap Peterson (who represents the 34th District in Nothern Virginia) released a statement outlining the two reasons he’s opposed to the proposal. The first stems from his concern about the comparatively remote location of the Woodbridge site, but the second is far more notable, as Peterson—who’s had season tickets for over two decades—said he lacks “confidence in the Washington Commanders as a viable NFL franchise.”

Statement from Virginia State Senator Chap Petersen on why he’s pulling his vote for stadium funding, includes some very strong language: “I don’t have confidence in The Washington Commanders as a viable NFL franchise.” pic.twitter.com/Q8qSJTTqFc

He didn’t stop there, as he elaborated on his concerns by asserting the team has “no history, no tradition, and no fanbase,” which leads him to believe they won’t “have the community support to survive” a move from the D.C. area.

Peterson could’ve simply cited the mountain of evidence that suggests the “economic benefits” frequently championed by proponents of government-funded stadium subsidies are virtually nonexistent, but I have to say his approach is much more entertaining.