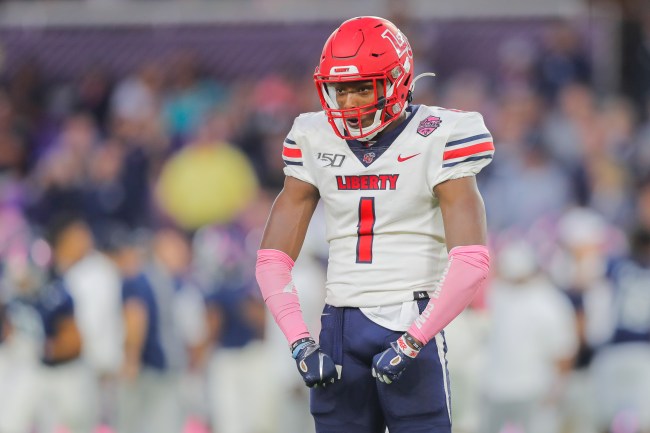 Hugh Freeze has something cooking in Lynchburg, Va. After being ousted at Ole Miss for gross misconduct (calling escorts on school-issued phones) three years ago, he cannot stop winning at Liberty football. In his second year with the program, the Flames are 7-0 with two ACC wins. The team’s second Power Five win of the season came on Saturday at Virginia Tech.

It was a back-and-forth game that saw Liberty mount a fourth-quarter comeback to win on a walk-off field goal. But that kick almost didn’t happen as the final eight seconds transpired in about the craziest way they could have.

The Flames navigated a nine-play, 42-yard drive with under a minute left to set up a game-winning 51-yard attempt. In an effort to ice the kicker, Hokies head coach Justin Fuente called a timeout. However, the ball was already snapped and the kick was off before the play was blown dead. Virginia Tech blocked the potential game-winner and returned it for a touchdown. It didn’t count and the second field goal went through the uprights as the clock expired.

The ending of No. 25 Liberty vs. Virginia Tech was wild as the Flames reach 7-0! 👀 pic.twitter.com/FHz6Nkld4X

The No. 25-ranked team in the nation now has notable wins over Virginia Tech, Syracuse and Southern Mississippi with North Carolina State and No. 15 Coastal Carolina remaining on its schedule. Despite his scummy off-field issues and fraudulent bible-based persona (hello if you’re reading this, Hugh), Freeze has proven himself a winner and will surely receive an offer to return to the Power Five ranks in some capacity next season, whether as a head coach or as an offensive coordinator.