The Heaviest Player In MLB History Had One Of The Best, Strangest Careers Of All-Time 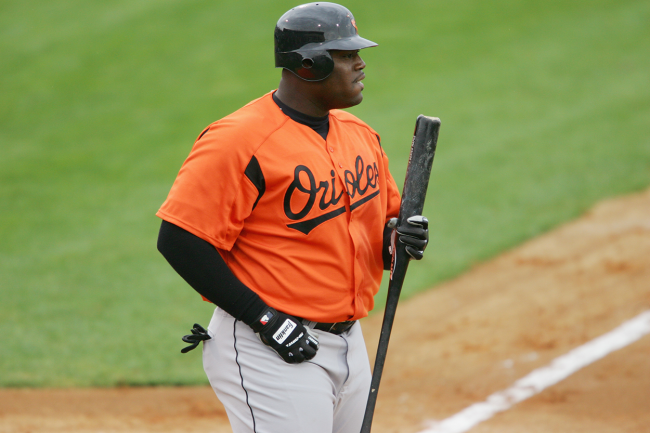 The late Walter Young is not a household name, but he should be. Once a top prospect in baseball, he was not only the heaviest player in MLB history, but had one of the most bizarre careers of all-time.

Young could rake, but he simply never got the chance.

Born in Hattiesburg, Mississippi in 1980, Young was a dominant two-sport athlete growing up. As a result, he committed to play defensive end at LSU in the Class of 1999.

However, after being drafted in the 31st round of the 1999 MLB Draft by the Pittsburgh Pirates, Young forwent his football career in favor of the baseball diamond. And it worked out well for him.

After he advanced steadily through the minor league system, the Pirates made somewhat of an unexpected decision to release Young prior to the 2004 season. He was hitting well and didn’t cost the team a lot of money, but the team decided to move on.

Seeing his potential, the Orioles claimed Young off of waivers and assigned him to their Class AA affiliate. While there, he recovered from a slow start and still managed to mash 33 home runs, which earned him an appearance in the Eastern League All-Star Game.

After crushing the ball in 2004, Young was invited to Baltimore’s spring training and began the regular season on the AAA level. At that point, the Orioles were absolutely abysmal and had nothing to lose.

In turn, Walter Young was called up to the MLB with Baltimore on September 1, 2005.

Five days later, on September 6, 2005, Young made his big league debut as a pinch hitter against the Blue Jays. At 6-foot-5, 322 pounds, he became the heaviest player in Major League Baseball history, a record that still stands to this day.

In his first plate appearance, he drew a walk. A few days after stepping up to the dish for the first time, Young got his first start and hit on September 10, 2005.

Two games later, Young faced future Cy Young winner R.A. Dickey and crushed a moonshot for his first — and only — home run and RBI of his MLB career. The ball was absolutely demolished.

More importantly, he showed what he could do if a pitcher left a meatball hanging over the plate. Young hit dingers.

Despite the short stint of success on the highest level, he was designated for assignment and Baltimore signed Russell Branyan and Rafael Pameiro to replace him at first base. Young was picked up by San Diego, but ended up losing the starting job to Adrian Gonzalez and never made it back to the MLB.

Instead, Young spent the next few years toiling through the minors and independent leagues. He played professional baseball for the last time in 2009 with the Edmonton Capitals.

After baseball, Young joined the Forrest County Sheriff’s Department and pursued a degree from the University of Phoenix online. Tragically, on September 19, 2015, he passed away from a heart attack at 35 years old.

Although he played only 14 games with the Orioles as a 25-year-old in 2005, Young made history with his size. He also hit the ball really well, but bizarrely never got another chance.

Thus, we are left only with his brief glimpse of success during the 2005 season. His legacy transcends him.