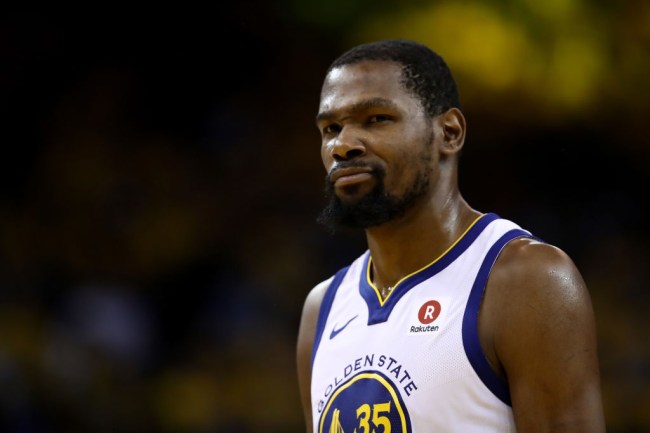 It’s safe to say the Golden State Warriors were in pretty rough shape at the start of the decade, as they had only managed to make the playoffs a single time since the beginning of the millennium thanks to the “We Believe” squad, which squeaked into the playoffs as the eighth-seed before shocking the top-ranked Mavericks and partying accordingly.

However, they did head into the 2010s with a formidable offensive weapon in the form of Steph Curry, and over the next few years, they’d show off their drafting prowess by picking up Klay Thompson and Draymond Green on their way to assembling a team that would come to dominate the NBA.

By the time 2015 rolled around, the Warriors were officially a force to be reckoned with and they would go on to win the franchise’s first championship since 1975. They’d return to the NBA Finals the following year, and after losing to the Cavaliers, they decided to strike some serious fear into the heart of the league when they signed Kevin Durant.

It seemed like all was well and good in the Bay Area after the team won two titles in a row following the acquisition but some cracks appeared in the facade last season after it became clear there was some trouble in paradise thanks to Durant, who found himself embroiled in plenty of drama.

When everything was said and done, Durant would decide to take his talents to Brooklyn and the injury bug sucked the lifeblood out of the Warriors, who lost Klay Thompson to an ACL tear during last season’s finals and Steph Curry to a broken hand shortly after this year’s campaign kicked off.

Thanks to those series of setbacks, the Warriors are currently an absolute dumpster fire, but despite the current state of things, the team was still able to manage to be named the “Franchise of the Decade” by the Sports Business Journal/Daily.

While I’m not sure how prestigious that award is, the Warriors were more than happy to have something to celebrate after a couple of months of sheer misery and promptly released a video recapping the last ten years that featured a suspicious lack of Durant.

It’s worth noting the Warriors previously hinted they may end up retiring Durant’s jersey when everything is said and done, which is kind of like hanging your ex’s sweatshirt on your bedroom wall based on how things ended between them.

Now, it appears they’ve taken a more jilted route by basically blocking KD and deleting all of the photos they took together on Instagram.

I kind of respect the pettiness, but at the same time, you have to give the man the respect he deserves when you consider how much he contributed.