Washington’s NFL Team Adopts A New Name For The Time Being: The ‘Washington Football Team’ 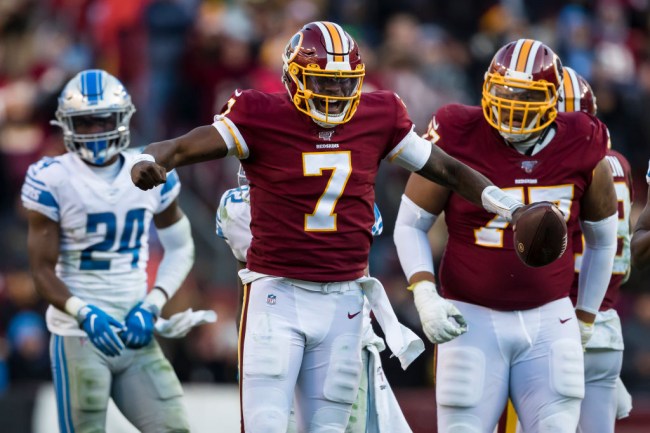 On July 13, the Washington Redskins officially announced that they would be changing their name after years of criticism. You would imagine that shortly after announcing news like that the team would have some sort of new nickname ready to announce, but we’re nearing the end of July and no new name announcement has been made.

On Thursday, however, Adam Schefter reported that effective immediately, the team will call itself the ‘Washington Football Team.’ This name will essentially be a placeholder as the team waits to officially adopt a new nickname.

The franchise ran into a bit of a trademark issue following the announcement that they would be getting rid of the Redskins nickname as a man by the name of Martin McCaulay took it upon himself to obtain the trademarks of many possible replacement names.

Interestingly enough, McCaulay has told TMZ Sports that he has reached out to the team and offered up his trademarked names for free as early as July 4. Many assumed that he was after some sort of monster payday by obtaining all of these trademarks, but that doesn’t seem to be the case.

Honestly, the ‘Washington Football Team’ has a nice ring to it. It’s historic sounding, simple, and straight to the point. The team could keep the same color schemes and throw a ‘W’ or ‘D.C’ logo on the side of the helmet and call it a day while everyone simply refers to the team as ‘Washington.’ Everyone would make the corny joke of ‘the Washington no names’ until the end of time, but we would get adjusted.