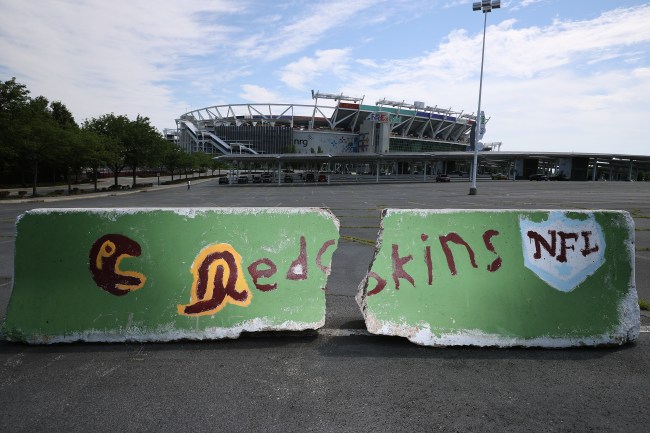 On July 13, the Washington Redskins officially announced that they would be changing their name after years of criticism. One would imagine that shortly after announcing news like that the team would have said new name ready to announce, but the franchise has run into a bit of a problem.

That problem is Martin McCaulay, who took it upon himself to obtain the trademarks of many possible replacement names for the team including rumored names such as Veterans, Red-tailed Hawks, Americans, Federals and many others.

Everyone was quick to assume that McCaulay strategically acquired the names in search of a payday from the franchise, but apparently that isn’t the case. According to the man himself, he reached out to the team and offered 10 trademarked names free of charge as early as July 4.

“My email was dated July 4th, 2020 to the NFL trademark attorney and said ‘free trademarks,’ a list out of all my trademarks saying ‘you can have these for free’ and they didn’t respond.”

“They won’t take my offer of free trademarks so I hired an attorney to facilitate the transaction. His name is Darren Heitner,” McCaulay told TMZ Sports.”

“He wrote a letter to Mr. Snyder with my offer, making it clear that I was trying to facilitate the name change. I do not want to be an obstacle. Please.”

It’s an interesting scenario, to say the least, as it appears as if McCaulay simply obtained all of these trademarks almost as a hobby and for a brief moment in the spotlight, which he’s gotten thus far.

It will be interesting to see if anything else comes about this situation or whether or not Washington even decided to go with one of his trademarked names. You would think the franchise would take McCaulay up on his free offers, but then again, the franchise has had some other major news come out since the name change announcement.