What Happened to Dante Bichette? Here’s A Look Back At The Career Of The Former MLB Slugger 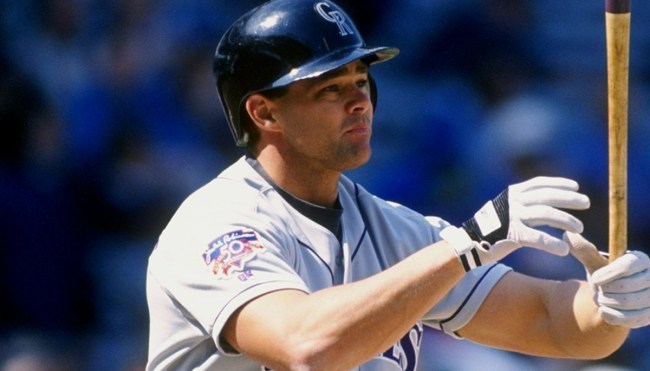 At the peak of his career, Dante Bichette was one of the most feared hitters Major League Baseball had to offer. The outfielder may have never reached a point where he was flirting with a spot in Cooperstown, but he was anything but a flash in the pan, as he first earned a spot in The Show in 1988 and played for five teams over the course of 14 seasons before hanging up his cleats in 2001.

Bichette’s playing days came to an end over two decades ago, but he seems to be one of those guys who are still hanging around in the consciousness of plenty of baseball fans who watched him play back in the day (which may have something to do with a lasting legacy he left in the form of a current MLB player).

If you’re one of those people who finds themself randomly recalling the existence of Dante Bichette, there’s a good chance you might be wondering what he’s up to today, so let’s take a look back at his baseball career before diving into that exact topic. 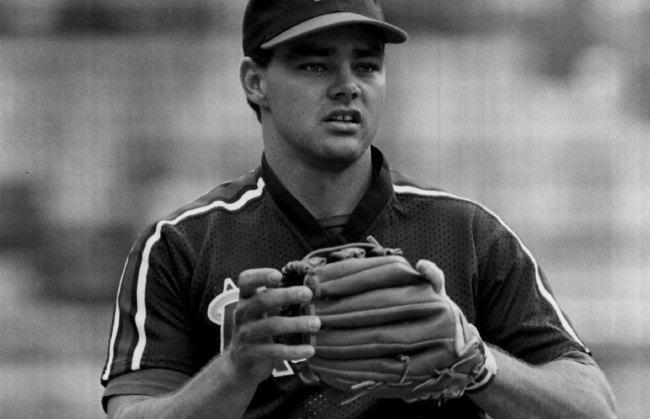 While the man who was born “Alphonse Dante Bichette” would go on to become a major impact player, he was far from a sure thing early on in his playing career. The West Palm Beach, Florida native got off to a late start at Jupiter High School, as he didn’t make the baseball team’s varsity roster until he was a junior. He did earn a starting role as a shortstop during his senior year but only posted four home runs before being booted off the team during his final season for skipping too many days of school.

From there, the future slugger landed at Palm Beach Community College. He was initially only allowed to try out if he agreed to play catcher (which was the only position the manager needed filled), and even though he didn’t dazzle anyone with his skills (or lack thereof) snagging pitches, his impressive hitting abilities at batting practice were enough to secure him a spot on the squad as an outfielder.

His power eventually caught the attention of scouts who watched him compete against players at some slightly more prestigious college programs, and he showed enough promise to get scooped up by the California Angels in the 17th round of the 1984 MLB Draft (the 424th overall selection in that year’s class).

Things started slowly for Bichette, who hit just .232 in his inaugural minor league campaign on a club in Salem, Oregon (he struck out in more than 20% of his at-bats). However, he kept grinding and was called up to the Quad City Angels in 1985.

At that point, he started to come into his own and develop into a prospect who became increasingly hard to ignore. Bichette hit .265 with Quad City and boasted 25 steals alongside a league-leading 13 game-winning RBI—which was enough to earn him another promotion to the Palm Springs Angels in 1986.

That season, the 22-year-old Bichette experienced his best year to date. He hit .272 in Palm Springs, driving in 73 runs over 68 games. From there, he took his talents to the double-A level with the Midland Angels, where the burgeoning star hit .284 with 22 HR and 109 RBIs.

His batting lines improved with each advancement as he seemed to play better against stiffer competition, and after joining the organization’s Triple-A team in Edmonton, he found himself leading the Pacific Coast League in a variety of categories (including triples and outfield assists) and finished the season with a .300 batting average.

Over the course of four productive minor league seasons, Bichette had developed into a five-tool prospect with a solid glove and skills on the basepath and in the batter’s box. That was enough to earn him a cup of coffee with the California Angels in 1988, as he played his first game as a Major Leaguer that September and played the last 21 games of the season with the team.

The comparatively lackluster .261 average he posted during that stretch played a role in him starting the next season back in Edmonton. He was given a chance to return to the MLB later in the year, and despite hitting just .210 with three home runs over 48 games, he earned a starting job in 1990.

Following a campaign where he hit a serviceable .255 over 109 games (he also posted 15 long balls and 53 RBI), his time in California came to an end, as Bichette was shipped to Milwaukee after the season in a trade for aging outfielder Dave Parker.

He’d stay with the Brewers for just two years and didn’t make much of an impact while there. The slugger did tally another 15-homer season in 1991, but he hit just .238 and struck out 107 times. Things took an unfortunate turn that offseason when he suffered an ACL tear that lingered throughout his career, but he’d soon get a change of scenery that turned out to be the best thing that ever happened to him. 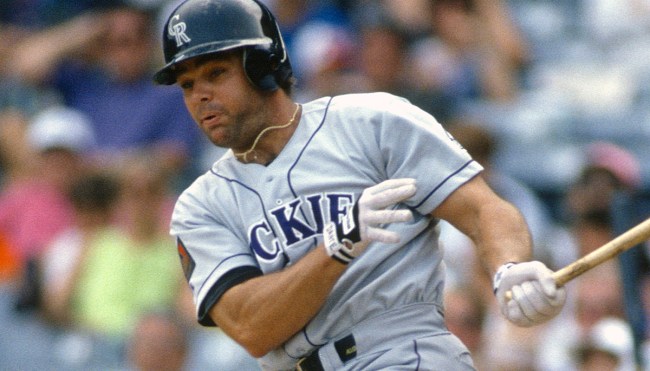 Over the course of the 1992 season, Bichette made some tweaks that resulted in him sacrificing some power for contact on his way to putting up an average of .287 and recording just five dingers (although he posted a career-high in doubles and stolen bases in spite of the ACL issue).

However, his time in Milwaukee came to an end when the Brewers—in a move that may still haunt them to this day—sent Bichette to Denver to play for the newly-established Colorado Rockies in exchange for Kevin Reimer. The latter never played a game at the professional level following the deal, but Bichette was just getting started.

Bichette wasted no time getting off to a new start. In the second game of the year, he smacked the first homer in franchise history and scored the team’s first run in a game at Coors Field. The outfielder ended the campaign with an average of .310, 89 RBI, and 21 home runs (the thin Denver air seemed to help Bichette’s hitting, as that marked the first of seven straight seasons where he hit at least 20 long balls).

The 1994 season was cut short due to the MLB strike, but Bichette still managed to clock 27 balls out of the park and knock in 95 runs while stealing 21 bases. His impressive production landed him his first All-Star game appearance, and while all of those marks were career highs at the time, they wouldn’t be for long.

In 1995, Bichette experienced the best season of his Major League Baseball career. The star outfielder hit .340 and led the National League in hits (197), home runs (40), and runs batted in (128). He finished second in the National League MVP voting, losing out to Reds’ shortstop Barry Larkin. His production helped the Rockies land their first playoff appearance in franchise history against the Atlanta Braves, and even though Bichette managed to hit a staggering .588 in the series against the league’s best rotation, it wasn’t enough to advance.

Things didn’t slow down the following year as he tallied career-best totals with 141 runs batted in and 31 steals. He hit 31 home runs to land a third consecutive All-Star game appearance in 1996. He missed out on the ASG in ’97 despite hitting .308 and recording another 100-RBI season. That didn’t last long, as he was invited back to the ’98 All-Star game after leading the National League in hits (219).

The 1999 campaign would be his last in Colorado and he went out with a bang, as the final farewell tour saw the power hitter bash 34 home runs and rack up 133 RBIs. Over his time with the Rockies, Bichette helped form one of the most potent lineups in all of baseball with the help of fellow sluggers Larry Walker, Andres Galarraga, and Vinny Castilla—a quartet dubbed the “Blake Street Bombers.”

While his time in Colorado was over, his career was not. Bichette was traded to the Cincinnati Reds before the 2000 season (hitting clean-up behind Ken Griffey, Jr.) and hit .295 before being traded to the Red Sox in late August.

The 2001 campaign would end up being Bichette’s last, as he saw his power begin to decline in Boston. Despite posting respectable numbers at the plate, the star outfielder turned down a chance to join the Dodgers as a free agent for spring training and officially retired with a career stat line featuring a .299 average, 274 home runs, and 1,141 runs batted in.

What Happened To Dante Bichette After He Retired? 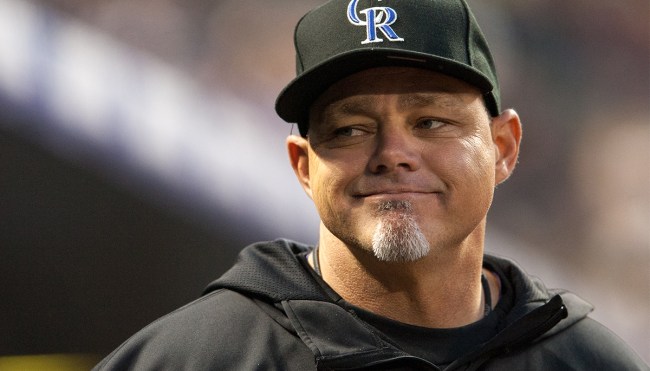 Following his retirement, Bichette hung around the game in a number of ways. He briefly attempted to make a comeback by playing for an independent team in Nashua, and despite hitting .361 with 13 home runs that season (during which he also earned Player of the Month honors), the return never developed into anything further.

With his playing days officially behind him, Bichette turned to his children. He’d lead his son, Dante Jr.’s, Little League Baseball team to the World Series in Williamsport. While they lost in the semifinals, Bichette says it’s the “coolest thing” he’s ever done in baseball.

A few years later, he was back with the Rockies—this time as the team’s hitting coach. However, that new job lasted just one season, as he opted not to return for the 2014 campaign.

He stayed out of the game at the professional level up until last year when he joined the Toronto Blue Jays coaching staff. Still with the organization as a special assistant, he has a chance to spend time with his other son, Bo, who is a star player in his own right in Toronto. 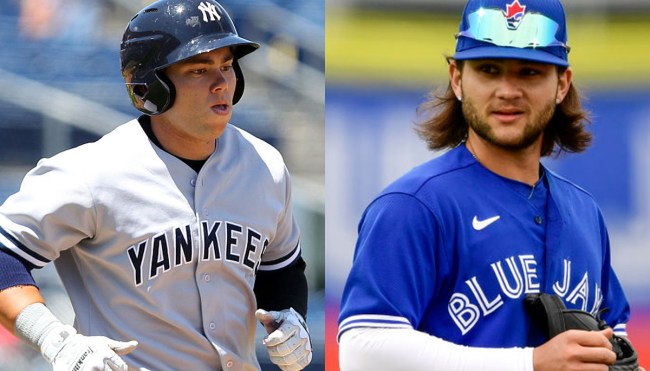 Both of Bichette’s sons possess their father’s passion for the game. His eldest, Dante Jr., became the 51st overall selection in the 2011 MLB Draft, heading to the New York Yankees. He’s struggled to get out of the minor leagues, though, bouncing around from team to team.

While he’s yet to make his Major League debut, Dante Jr. was able to represent Brazil in the 2017 World Baseball Classic alongside his brother Bo Bichette.

Speaking of the younger Bichette brother, the shortstop burst into the majors as one of the game’s top young stars. Since making his debut in 2019, he’s posted a .301 batting average and launched 45 home runs. The infielder earned his first All-Star game invite this past season, batting .298 on the year with a league-leading 191 hits. He also added 29 homers and 102 RBIs to help guide the Blue Jays to 91 wins (they missed out on the playoffs by a single game).

Until something changes, Dante Bichette will continue to have a chance to coach his son and stay around the game he loves. His family may now be with the Blue Jays, but he’ll forever be linked to and remembered for his stint as a four-time All-Star in Colorado.