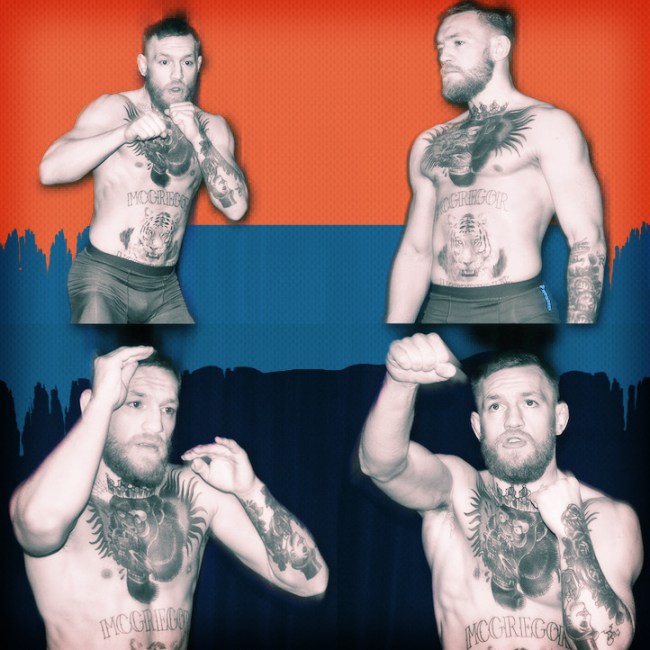 Let’s not beat around the bush. UFC 264 is shaping up to be a major, major MMA event.

Sure, we could sit here and tell you that every time “The Notorious” Conor McGregor straps on the four-ounce gloves and steps into the Octagon it’s a huge fight, and we wouldn’t be wrong. But, something feels different this time around, mainly because, after losing three of his last four fights, McGregor’s air of invincibility is all but gone, making UFC 264 (July 10, 7 p.m. PST / 10 p.m. EST on ESPN+ PPV) a major career crossroads.

With McGregor’s fighting future potentially in jeopardy, UFC 264 has plenty of other major storylines. In fact, the winner of this fight may very well be the next UFC lightweight title challenger, so the stakes are as high as can be.

For McGregor, a former UFC lightweight champion, a win would propel him back into the title picture; however, Dustin “The Diamond” Poirier, a former interim champ, passed on a title shot after defeating McGregor in January at UFC 257, giving his slot to now-champion Charles Oliveira in favor a the trilogy fight against “The Notorious.” But was that the right move? We’ll only know on July 10, when McGregor and Poirier step into the Octagon at the T-Mobile Arena in Las Vegas.

As we inch closer to fight night, it’s important to take a look at some of the bigger storylines that are trending around UFC 264. So, for now, read up on the major narratives and prepare yourself for what will no doubt be yet another epic Conor McGregor fight.

Is This The End of the Road For McGregor?

Personally, I’m probably the last person who thinks that Conor McGregor is washed up.

Yes. It’s true, it’s been a rough couple of years for “The Notorious,” who has lost three of his last four fights (including his 2017 boxing match against Floyd Mayweather). But do you remember when McGregor was completely dialed in to become the UFC’s first champ champ? I do. And it was one of the most impressive runs in UFC history.

He also showed immense heart and resolve when he bested Nate Diaz in their rematch after losing the first fight. So he’s kind of been here before.

Still, the defeat to Poirier at UFC 257 felt much different than his submission losses to Diaz and Khabib Nurmagomedov, mainly because it was a TKO. It’s just impossible to get the visual of McGregor’s head clattering off the canvas, and that type of viral, meme-worthy image can potentially do negative wonders to a fighter’s mental state.

The truth is, Conor McGregor will likely be a draw no matter how long he decides to continue fighting. Between MMA, boxing, and his incredible celebrity, there will probably be opportunities for McGregor to fight for large purses for another decade. However, in terms of his relevance as a UFC title challenger, this is essentially a must-win fight.

So will we see something new from “The Notorious” this time around? Hopefully, or else he’ll go the way of the calf-kick once again. But, let’s not forget that McGregor tagged Poirier pretty good in the first round of their last bout, so it’s still quite possible that Conor can fire off another knockout with that killer left hand.

Geez, just writing about this fight is getting me excited to watch it. Seriously, is it fight night yet?

Who Will Be the Next UFC Lightweight Title Challenger?

With Charles “Do Bronx” Oliveira claiming the UFC lightweight title in May at UFC 262, the UFC is still searching for the champ’s next challenger. In all likelihood, the winner of this bout will go on to face Oliveira for the title.

Of course, it’s impossible to predict things exactly, and UFC president Dana White is often non-committal on title eliminators, especially on fight week. But, with Poirier firmly in place and the current number-one contender, it feels more than evident that the winner here challenges for the belt, unless McGregor decides to cash in on his trilogy with Nate Diaz first, of course.

This is yet another reason to tune in to the UFC 264 PPV main event on ESPN+, where Oliveira will be sitting cageside, evaluating the competition.

And, while Oliveira’s story and career resurgence has been one of the better MMA stories of 2021, it would be tough not to favor Poirier or McGregor in a title fight against “Do Bronx.”

Was Poirier Right to Pass on a Title Shot?

Circling back to UFC 257 in January 2021, when Poirier defeated McGregor via second-round knockout, it seemed as though “The Diamond” was destined to go on to fight for the UFC lightweight title that was left vacant after undefeated champion Khabib Nurmagomedov retired in October 2020. However, Poirier balked at the chance to fight for the undisputed title.

Already a former interim champion, Poirier bet on himself, choosing the money fight — the McGregor trilogy — over a title shot against Michael Chandler. Despite his career ambition to become the undisputed UFC world champion, Poirier opted to put that dream on hold, chasing the biggest paycheck of his career. But was it the right move?

Honestly, Poirier will definitely get paid for the UFC 264 main event. He’ll earn more for the McGregor trilogy than a UFC title fight against any other fighter, so the financial rewards are obvious. But, imagine if he beats McGregor a second time and goes on to win the title. Imagine how big his star, and earning power, will be in that scenario.

Now, imagine if he loses to McGregor. Imagine the potential loss of earnings, and now you understand why this was a major, major gamble.

The Higher The Stakes …

… the higher potential drama, and the higher the likelihood of a wild, all-out affair inside the Octagon.

And, in the cases of Conor McGregor and Dustin Poirier, they both have a lot to lose, so there’s no doubt the motivation to perform will be there at UFC 264.

Now, let’s see how it all plays out on fight night on July 10.