Why Are Basketball Hoops 10 Feet High? Here’s How They Reached The Perfect Height 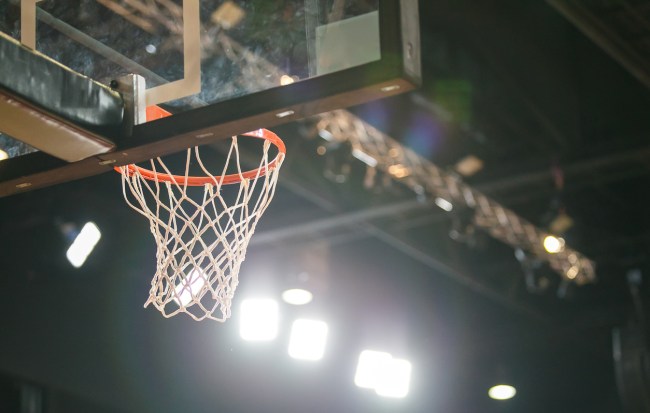 There are certain moments in my life that are permanently seared into my brain, like the day I got engaged and the time Mark Ruffalo liked something I posted on Twitter.

However, I don’t know if I remember anything more vividly than the first time I dunked a basketball.

I spent plenty of time during my childhood destroying Nerf rims and pulling off sick alley-oops in pools in preparation for the day I finally threw down on a regulation hoop during my junior year of high school.

As a 6′ 10″ freak of nature, I had an easier time than most when it came to dunking. With that said, finally conquering a 10-foot rim was easily the pinnacle of my basketball career and I bet more than a few people who’ve done it would say the same.

When I was growing up, I never stopped to wonder exactly why the hoop is as high as it is. However, I recently had the realization that it couldn’t be a better height, as 10 feet is just imposing enough for the average player but achievable with enough dedication.

I was curious why the height was picked in the first place so I did a bit of digging to figure out how the standard was set.

Why Are Basketball Hoops 10 Feet Off The Ground? 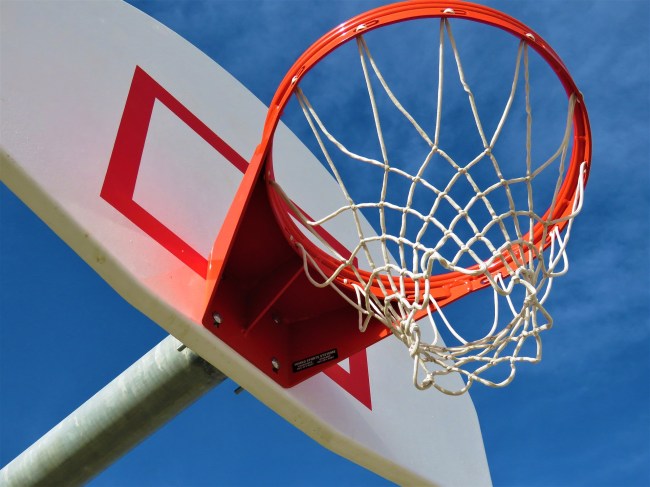 As you may know, James Naismith invented the sport of basketball in 1891 after he decided to nail a couple of peach baskets to a railing in a YMCA in Springfield, Massachusetts (the city the Basketball Hall of Fame calls home).

Thanks to what I assume was a national shortage of peach baskets, the rim evolved and the wood was replaced with netting by the turn of the 20th century. However, the bottom of the net remained tied and it took until 1906 for someone to realize it might be easier to just cut a hole in it.

The hoop itself might have changed over the course of time but the height remained the same. When new courts started popping up, they adopted the 10-foot standard that was set in Springfield, which was determined by the height of the railing the original basket was nailed to.

The height of the rim was eventually codified, but in 1954, the NBA raised the hoop to 12 feet for one game in an attempt to reduce the dominance of George Mikan, the 6′ 10″ legend who dominated his era (he ended up scoring less than his average on the season).

Of course, we can’t talk about a 12-foot rim without mentioning Dwight Howard’s Superman slam back when people still cared about the dunk contest.

I have to say I never would have guessed 10 feet was an entirely arbitrary height, so while he might have not picked it on purpose, I’d like to give a special shoutout to Naismith for accidentally nailing it.