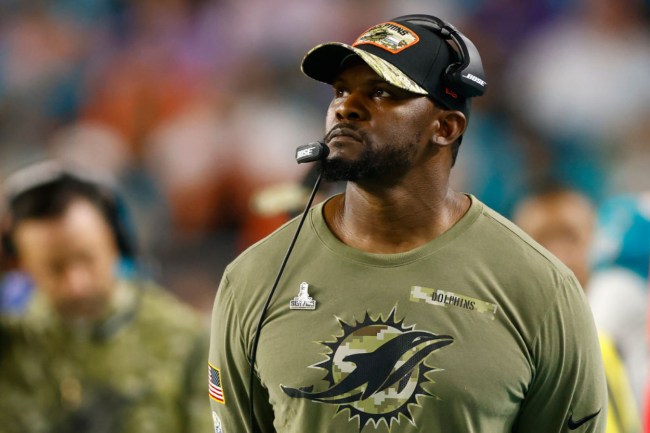 Brian Flores filed a lawsuit against the NFL, the Denver Broncos, New York Giants, and Miami Dolphins on Tuesday alleging racism and racist hiring procedures. On Wednesday he made the media rounds and answered plenty of questions about the allegations.

One of the many allegations in the lawsuit explained that Dolphins owner Stephen Ross offered Flores $100,000 per loss during the 2019 season, Flores’ first in Miami.

During his appearance on ESPN’s ‘Get Up’ on Wednesday morning, Flores was asked about that allegation specifically and explained why he decided not to accept the money.

“If you’ve been in an NFL building, everyone works hard and tries to get on the same page and move in the same direction. I felt like we were building that type of culture. I would never do that to them.”

To close his interview on ‘Get Up’, Flores was asked if he believes that he would coach in the NFL again as it’s easy to predict that this lawsuit may perhaps burn a lot of bridges.

“I’m hopeful that I will, I’m very hopeful,” Flores said. “I understand the risk of filing a lawsuit like this, but I am hopeful. If change comes and I never coach again, and there’s change, it’ll be worth it.”

Flores finished his three-year stint with the Dolphins with an overall record of 24-25 after going 19-14 over the course of his final two seasons.