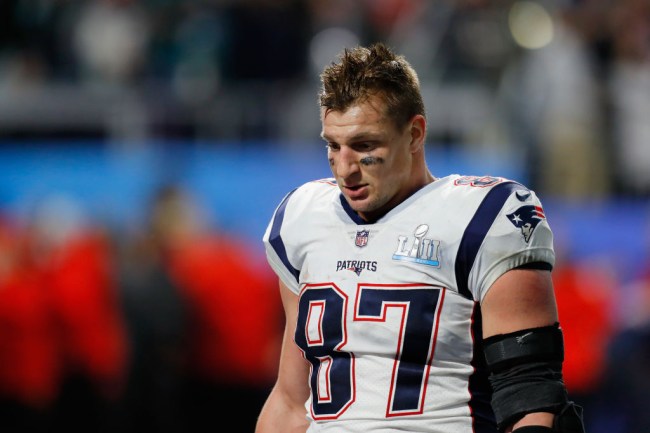 After nine outstanding seasons with the Patriots, the Gronk Era officially came to a close back in March when the tight end announced he was hanging up his cleats shortly after winning his third Super Bowl with New England.

There had been plenty of speculation about what Gronkowski would do once the season ended, and while fans held out hope for his return, it didn’t come as that big of a surprise when you consider how much abuse the injury-plagued player had taken over the course of his career.

With that said, it didn’t take long for Drew Rosenhaus to suggest his client could end up coming back to the NFL if the Patriots shine the Gronk Signal into the Foxborough sky and Tom Brady seems to be holding out hope that his trusty sidekick could team up with him again someday.

However, based on a new report, it doesn’t seem very likely.

Gronk was hounded by back issues over the course of his career, and according to Sports Illustrated, he was forced to deal with a back injury last year that made him seriously reevaluate his future:

One reason why Gronkowski scuffled through 2018 was a mid-season battle with a bulging disk in his back. By the end of the year, it was no longer a factor. But I’m told that knowing how close he might have been to a fourth back surgery, and the implications that could have down the line, was one factor in his decision to retire.

Sure, there’s a chance he could make his grand return, but when you consider he spent close to literally none of his contract money, I’d be shocked if he decided to put his body back on the line when he’s achieved basically everything a player can dream of.