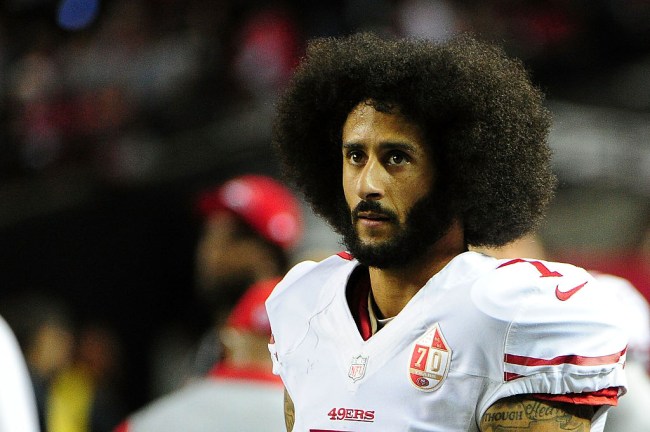 The Washington Redskins came into this NFL season with clear eyes and full hearts, which everyone knows is a prerequisite to not being able to lose.

Unfortunately, much like John Denver, that Coach Taylor was full of shit.

The Redskins got off to a pretty good start until disaster struck in Week 11 when newly-appointed franchise quarterback Alex Smith suffered a gnarly leg injury in a day of multiple losses at the hands of the Texans.

Thankfully, they had Colt McCoy to fall back on which would have been fantastic news if Colt McCoy hadn’t previously had his powers sucked out of him during his time with the Cleveland Browns, who are to NFL quarterbacks what the ball in Space Jam was to NBA superstars.

McCoy suffered the same fate as Smith this week after breaking his leg during Monday Night Football. This meant it was time for Mark Sanchez to take the field for the first time since 2016 and combine a butt with a fumble yet again.

The Redskins are now in desperate need of someone to back up Sanchez (a sentence I can’t believe I’m writing in 2018). When you consider they’ve shown they’re more than willing to sign a QB who hasn’t stepped onto the field in two years, there’s one potential candidate who’s hard to ignore: Colin Kaepernick.

The Redskins already caught some heat from people who were shocked they signed Sanchize over the former 49er, but when you consider the team is owned by noted asshat Dan Snyder, it wasn’t exactly a shocker they went in a different direction.

After all, the Redskins tend to stray away from controversy if you ignore the time they scooped up Reuben Foster after he was charged with domestic violence and the fact that they’re still called the “Redskins.”

However, it doesn’t look like Kaepernick is going to get the call (despite the best efforts of Kevin Durant).

Kevin Durant has a message for the Redskins https://t.co/0Cb7sV8b1t pic.twitter.com/QznudJdf0t

According to ESPN, head coach Jay Gruden was asked about the situation and claims he doesn’t think the embattled player is a good fit for the franchise, saying:

“There’s not a lot of time to get a brand-new quarterback and system installed in a couple of days. He’s been talked about, but we’ll probably go in a different direction…

Bleacher Report did a nice job explaining why Gruden— like Denver and Coach Taylor— is probably also full of shit but I wish him the best of luck with the Sanchez experiment.