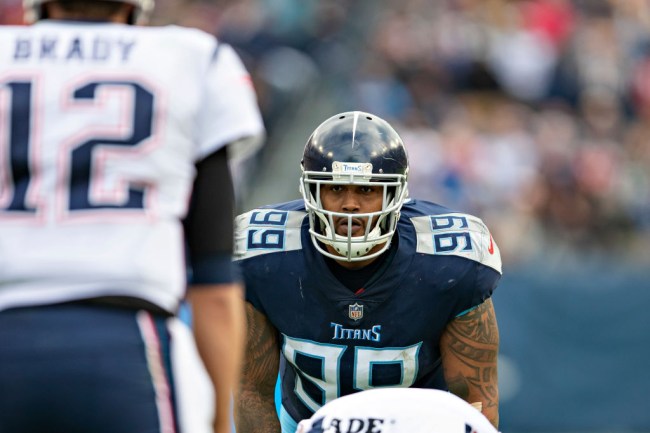 The Tennessee Titans have been rather active as of late. While the Tom Brady to Tennessee rumors never came to fruition, the Titans have recently signed Ryan Tannehill to a big-time contract extension, placed the franchise tag on Derrick Henry, let Marcus Mariota walk and sign with the Raiders and now they’ve reportedly dealt five-time Pro Bowler Jurrell Casey to Denver.

The #Broncos have acquired Jurrell Casey for just a 7th round pick from the #Titans, source said. He carried a big salary.

While trading away an elite pass rusher like Casey for an underwhelming seventh-round pick seems like a bit of a head-scratcher, especially for a Tennessee team that’s lacking on the defensive line, it’s rather obvious that the Titans are about to try and make a huge splash in the free-agent market.

The name of said splash is Jadeveon Clowney.

With the Titans shedding Casey’s contract, their salary sits around $37 million for the upcoming season which gives them plenty of wiggle room to try and get Clowney to Nashville.

The 27-year-old Clowney is expected to fetch around $20 million annually on his new deal, but according to NFL Network’s Mike Garafolo, Clowney has been disappointed by the lack of ‘big offers’ that have come his way thus far. Maybe Tennessee can land him on an even cheaper deal, but regardless of what may happen in negotiations, the Titans have the money to spend.

It’s also worth noting that Titans head coach Mike Vrabel and Clowney have some history together when Vrabel was part of the Texans’ defensive staff when Clowney played for Houston.

The Titans did recently add Vic Beasley to the fold one a one-year deal to help on the defensive side of the ball, but there is still a glaring hole when it comes to Tennessee’s defensive line with Casey being dealt to Denver.

Tennessee is a team to keep an eye on over the next couple of days as it is playing with a lot of money with plenty of intriguing names on the market.