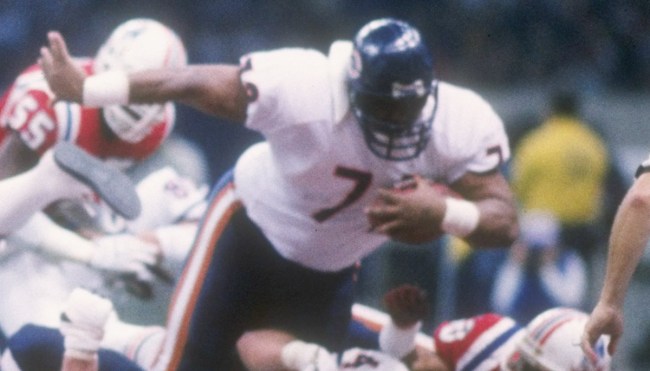 The stretch leading up to the Super Bowl is arguably the most (or, if things don’t pan out as you hope, the least) wonderful time of the year for bettors who have plenty of time to sift through the many prop bets you can wager on ahead of The Big Game and analyze stats and trends in the hopes you’ll be able to cash in when the NFL crowns a champion.

However, there was once a time when your options were few and far between; an era when most people had to make the trek to Las Vegas if they wanted a chance to get in on the action, which was largely limited to the over/under, spread, and moneyline.

In 1986, Art Manteris—who spent 43 years at the heart of the sports betting universe—was tasked with dreaming up a way to drum up excitement for Caesars prior to Super Bowl XX between the Bears and the Patriots. After examining the options, the casino’s sportsbook manager landed on a unique wager: whether or not William “The Fridge Perry would score a touchdown (“Yes” opened at 20/1 but fell to 2/1 by the time the game began).

At the time, Perry tipped the scales at 335 lb, and while Mike Ditka had occasionally deployed the massive defensive tackle as a fullback earlier in the season, Manteris was doubtful he’d get a touch in the Super Bowl based on the evidence he had available.

However, as he recounted during a recent conversation, that was not the case. In the third quarter, Ditka sent Perry into the backfield in the hope’s he’d be able to extend Chicago’s 37-3 lead, and The Fridge did exactly that by punching the ball in from a yard out to score one of the most legendary Big Man Touchdowns in football history.

Manteris fled to the safety of his office after he saw Perry trot onto the gridiron and had his worst fears realized when a roar from the crowd confirmed he’d secured the TD, which resulted in a six-figure loss for the sportsbooks.

While he was convinced he was about to lose his job after receiving a phone call from Caesars World chairman Henry Gluck, his boss actually congratulated him on generating as much buzz as he did with the bet, which opened the door for other sportsbooks to harness similar approaches and created the plethora of options we have today.