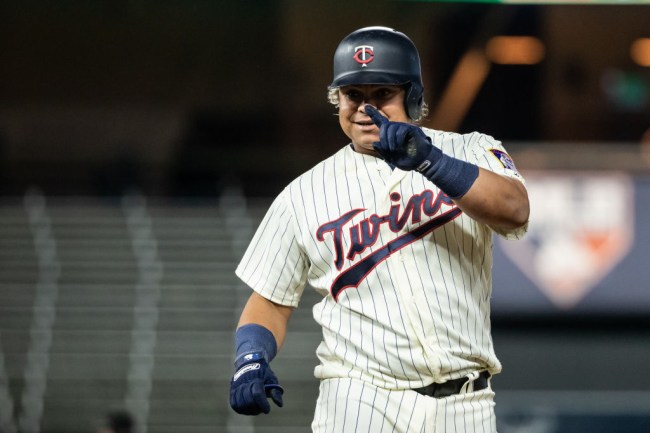 Baseball traditionalists, close your eyes. For everyone else willing to use baseball’s unwritten rules as a joint filter, you will enjoy what some are calling the most electric home run celebration in a decade. Some are saying it makes Jose Bautista’s infamous bat flip in Game 5 of the 2015 ALDS look unstimulating and emotionless. Some are saying that no one is saying either of those things.

This piece of baseball magic comes from Minnesota Twins’ Willians Astudillo. In his rookie season with the Twins in 2018, the porky Astudillo became a fan favorite. In the Venezuelan Winter League, the 27-year-old is continuing to win the hearts of fans from his home country with his stellar and colorful performance for Caribes de Anzoategui.

None of those plate appearances were more electric than Astudillo’s 8th inning at bat Tuesday in a dinger that proved to be the game-winning hit for Caribes de Anzoategui.

Willians Astudillo may have broken every single one of baseball's unwritten rules on one home run 🤣 pic.twitter.com/LD6e73C1Eh

I rarely say this from a baseball highlight, never mind a Venezuelan winter league highlight, but I’m fucking jacked up right now. Pass that Mountain Dew.

He was the fastest 🐢 on the Twins roster last year pic.twitter.com/eLknJ59XKb