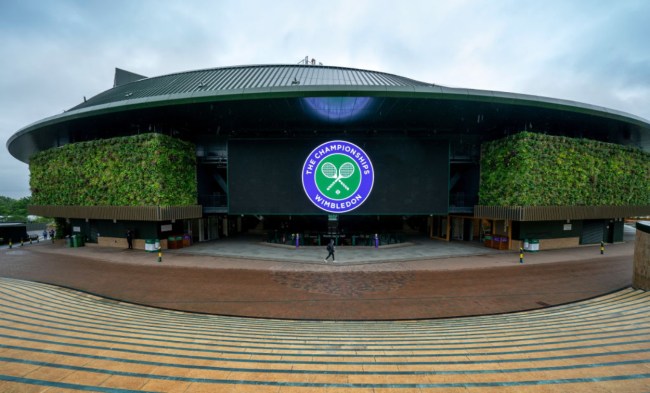 Wimbledon is arguably the classiest sporting event on the planet, and folks that call the town home want to keep it that way.

That means no drugs, no booze, and, of course, no sex parties.

According to the Daily Star, residents have discovered sex and drug parties over the years and they’re simply not tolerating them this year. Wimbledon residents have reportedly posted flyers around town explaining police patrol have been told to keep an eye out.

“Game, Sex, and Match. NO THANKS,” one of the flyers reads.

“Visiting tennis fans please respect our park and woodland. Anti-social behaviour such as drugs, booze and sex parties will not be tolerated. Police patrol this area regularly and you have been warned. Thanks for your consideration. Enjoy the tennis!”

This isn’t the first time residents have taken this approach by posting flyers around town. One resident told the Daily Star that they’ve posted flyers in years past, but they just get ripped down.

No kidding they just get ripped down, you have a bunch of mostly wealthy tennis fans drinking all day and looking to continue the party after the tennis is done.

Qatar threatening to put fans in jail for up to six months if they’re caught drinking in public at the 2022 World Cup, or up to seven years for having premarital sex, isn’t surprising if you’ve been paying any sort of attention to that country.

Folks in Wimbledon, one of the classiest places in sports, going after people for drinking and sleeping together is admittedly surprising.