These Maps Filled With World Cup Facts, History And Trivia Will Make You An Expert In No Time 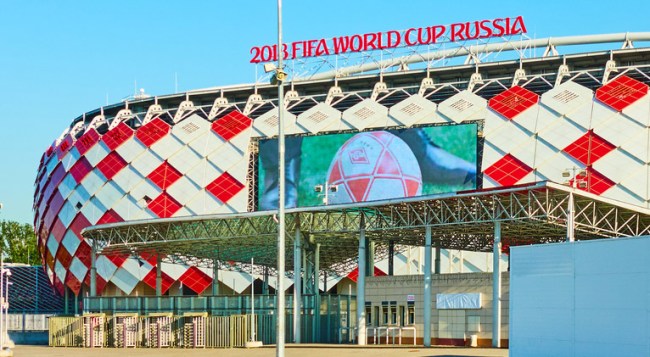 So, have you been watching the 2018 FIFA World Cup? Are you happy now that Messi finally scored a goal? Bummed that Ronaldo finally missed a free kick? Have no idea what I am talking about? If you said yes to either of the first two questions that have I got something for you. If you said yes to the third question, why exactly did you click this link again? Oh right. #WorldCupFever. It’s contagious!

This is some serious World Cup trivia right here, folks. Between all the data crammed into these maps of the world and the handy-dandy World Cup Quote Generator we shared with you previously, even if you did fall into that last category of having no idea what I was talking about you should now be able to fake being a serious soccer fan with the best of them. 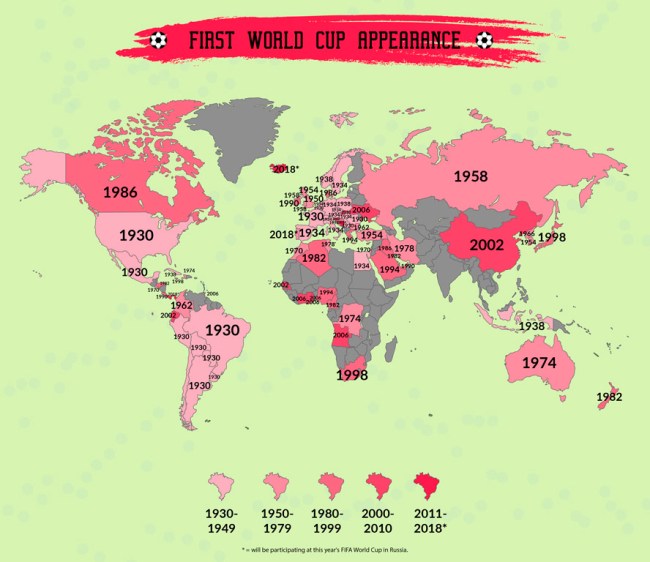 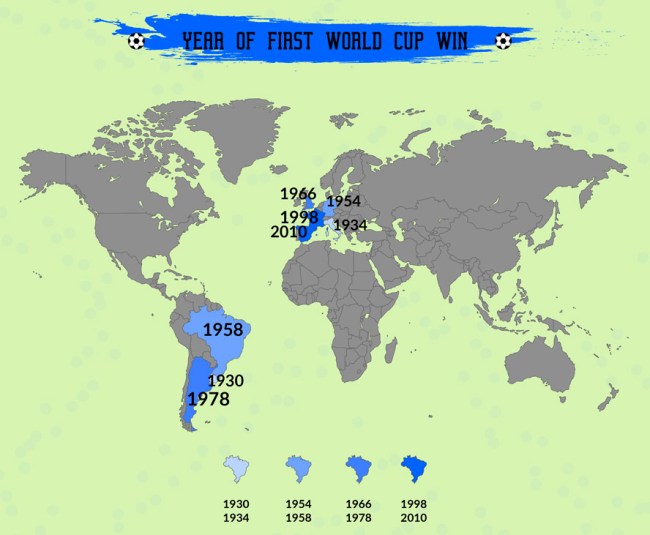 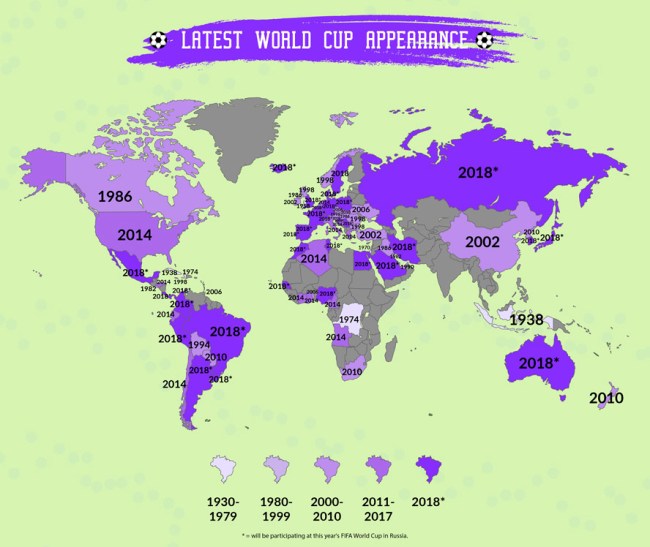 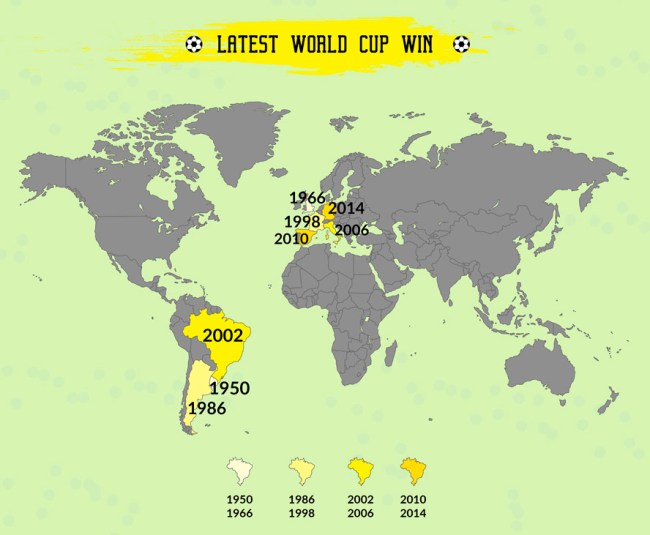 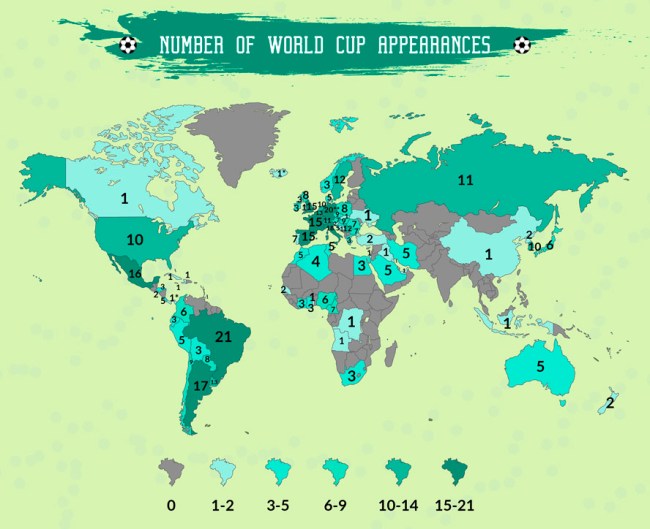 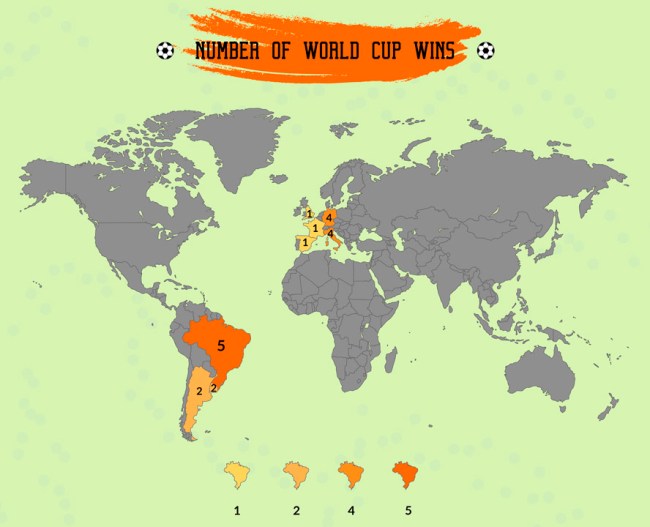 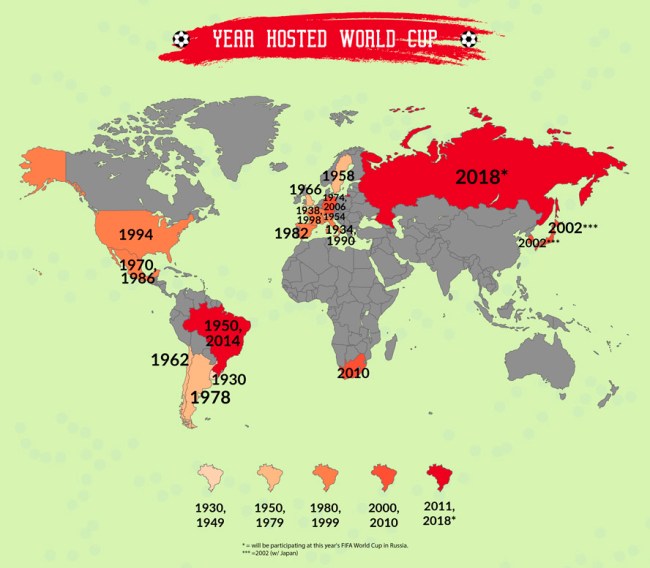