Don’t Know Jack About The World Cup? This Quote Generator For Every Team Will Make You Sound Brilliant 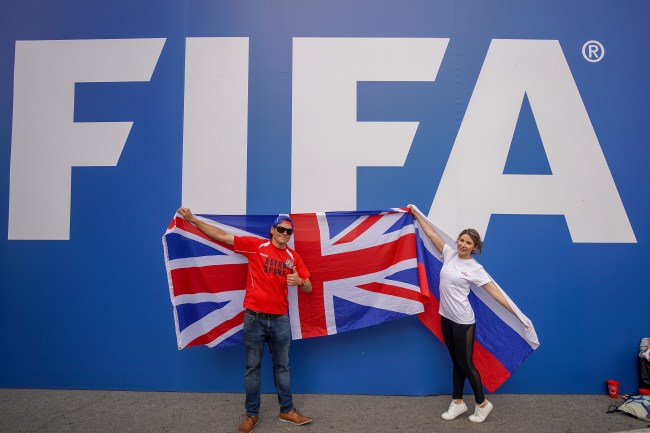 The World Cup has arrived, finally. It’s an odd time for US soccer fans because we don’t have the USMNT to root for in the 2018 World Cup in Russia after they failed to qualify, a feat that most US soccer fans used to take for granted. It was reported that the USA is sending more spectators/fans to the 2018 World Cup than any other country in the world (USA has the most Fan IDs) and that alone should be enough proof for skeptics to believe that soccer is *finally* taking off in America.

If you’re like me then you’re an avid fan of the Premier League, watch some La Liga, Serie A, and Bundesliga, and you watch some MLS. This doesn’t exactly make for a well-informed fan when it comes to the World Cup because all of those club players are playing for their national teams. Thankfully, if you plan on hitting the bars to watch the games then there’s still a way you can sound like an expert. David McSweeney, the man who put together this map of Tiger Woods Career Earnings By State, created this World Cup Survival Quote Generator.

Essentially, this quote generator will let you skate by and sound like you know what you’re talking about. You just choose a team from the drop-down menu and it pulls some well-informed quotes that you can later use to sound like a real fan. As an example, here’s what it looks like when you choose Russia and Saudi Arabia, the two teams playing in today’s opening round: 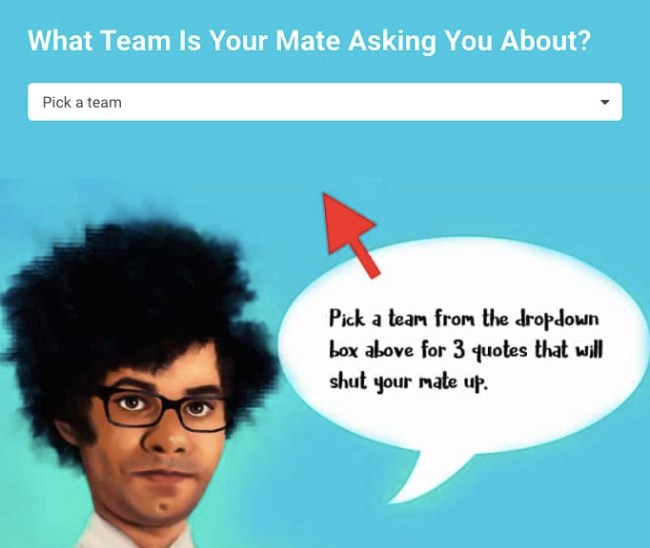 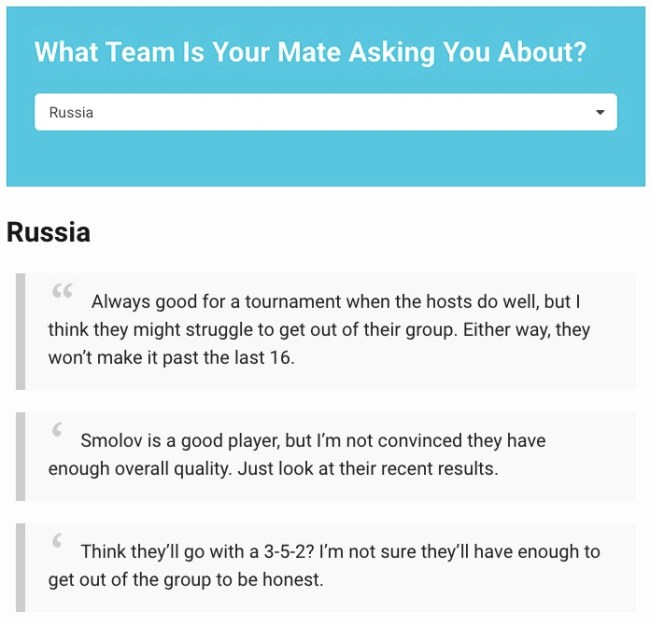 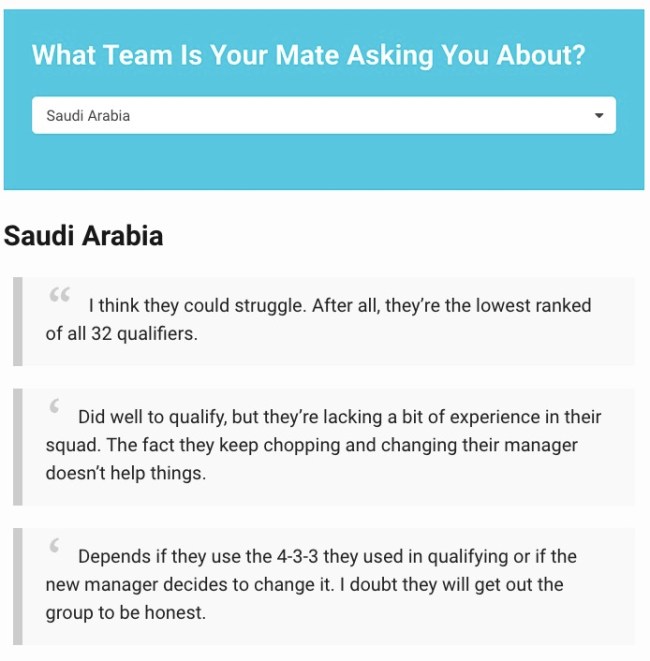 You can check out the World Cup Group Stage Survival Quote Generator by clicking that link and check out the responses for every team. This way you don’t sound like a dingus when you’re watching Portugal vs. Spain tomorrow at 2pm.

A couple of months ago, David McSweeney (creator of this quote generator) put together a fascinating map which shows how much the Top 10 Golfers Earn Per Shot so definitely click that and check it out if you’re interested in pro golf.