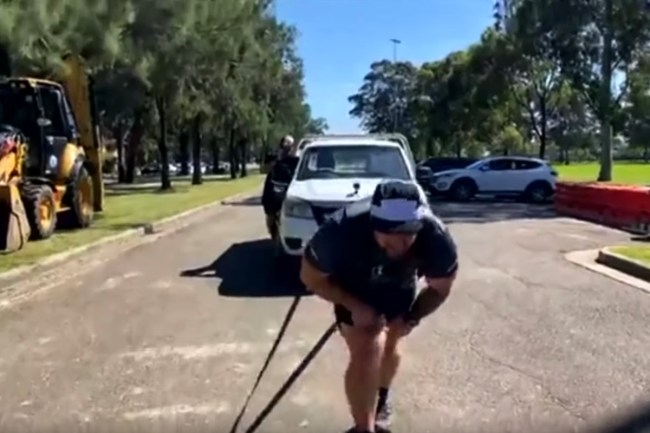 One of the first topics we discussed on our running podcast – “We Run This” – was some of the insane running records that most people are completely unaware exist.

There are world records for the fastest blindfolded mile, fastest marathon run backward, and the fastest mile run in heels.

Here’s another marathon record that we had no idea existed until it was broken earlier this month. Corey Philpott, a 23-year-old, set the world’s strongest marathon record after pulling a 1.5-ton truck for 26.2 miles.

According to Men’s Health, the New South Wales athlete first became interested in the idea back in 2016. He finally resolved to attempt the feat in early 2020, during quarantine and started training. He also put the idea out into the world – on social media – which made for extra motivation and held him accountable.

“I started about one or two in the morning,” Philpott told 7NEWS Australia. The early morning starts enabled him to get “four or five hours” of training before work.

Philpott not only completed the challenge in 16 hours 12 minutes, but he also raised money and awareness for ChildSafe Australia, a harm prevention charity working towards the eradication of childhood sexual abuse.