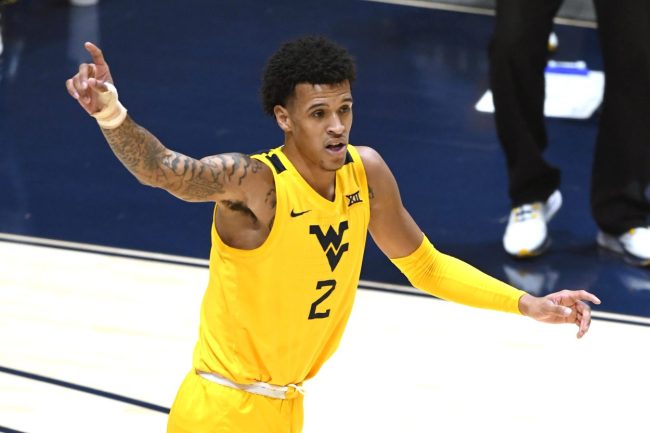 Allowing athletes to profit from their Name, Image and Likeness changed how college sports function forever. It also made for some incredible advertisements that you typically might not expect, like this one from Jalen Bridges.

Bridges, a forward for West Virginia, is averaging 7.4 points, 5.0 rebounds and 1.0 blocks per game through the first 10 games. The former four-star recruit is playing 25 minutes per game as a sophomore and making good money alongside his on-court career.

According to 247Sports’ Mike Casazza, he is one of three Mountaineers who are set to make somewhere around six figures this season with deals for his NIL. While some of those deals might be with major businesses, it is one ad for a local business that is the fan favorite.

Rogers and Mazza’s, located about 45 minutes from campus, is a small Italian bakery. They are famous for their pepperoni rolls, a West Virginia staple— which they claim is the “official state food.”

That is where Bridges comes in.

He is featured what is quite possibly the greatest video of the NIL era so far. It, of course, is for the pepperoni rolls.

“Rogers and Mazza’s is my favorite pepperoni roll, I think I’ll have one more,” Bridges says in the commercial.

And then when Bridges is asked if he wants one more, he responds “sure, I always shoot for three.”

Everything about the commercial is perfect. From the acting, to the quick cuts of Bridges eating a pepperoni roll, to punchline, it’s hilarious.

And it’s effective. The next time I am in the West Virginia area, I will absolutely be stopping by Rogers and Mazza’s.

There’s now way that I’m not getting a pepperoni roll. I might even shoot for three!