WrestleMania 36 Preview: Everything You Need To Know About The 2-Day MANIA And Which Matches To Get Hyped For 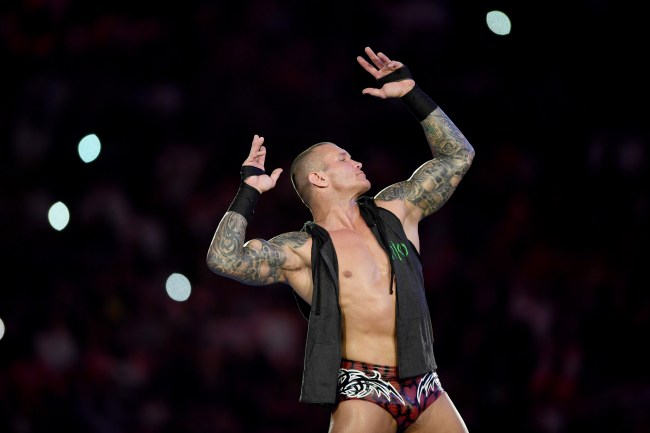 So, here we are, in trying times for the country and the world. Wrestlemania has always been the extravaganza that brought the casual observers and the die-hard fans together for one night of star-studded theater. The spectacle. The pageantry.

Well, we are in a brand new world with the same stubborn Vince McMahon, but this year Wrestlemania will be a TWO-night extravaganza, beginning tonight, and we are here to preview it! This Wrestlemania is a juxtaposition of a company that’s losing ground while trying to revitalize a product amidst the backdrop of a global catastrophe.

Wrestlemania comes just as a new wrestling organization has entered the (empty) arena, flanked by Chris Jericho and a cast of misfits. AEW is building a winning combination of storyline drama and the highest quality matches we’ve seen in years, challenging Vince to up his game or lose share, so far he’s chosen that latter.

Wrestlemania 36 is Vince trying to POWER THROUGH THE PANDEMIC. He has written it off, COVID-19 is not mentioned in tapings, he’s said the hell w one night let’s do two despite health concerns over having any event whatsoever, and hell he is even having throwing in a ladder match, because why not! This Wrestlemania will be like nothing we’ve ever seen, I have separated expected match quality into 4 categories and ranked them from least excited for to most. Enjoy!

This card is 16 matches and this one has zero buildup and is between two guys that are mediocre clunkers. This is exactly why the product has suffered, they’re bullshit wrestlers that Vince has forced down our throat with zero fan support. The empty arena won’t change anything in terms of how the crowd would react to this match.

The fans like Otis. Otis wants the girl and Dolph screwed it all up and we hate him. Ziggler mostly has bland matches and without the crowd cheering on Otis this one is likely going to be impacted. They should have a fine match but it’s Wrestlemania and it just feels like more card stuffing at this point.

Again no build for two guys that were being pushed far up the card and both are talented wrestlers. They could surprise us here and put on a decent show, and I’ll hope for the best, but my guess is this is kept relatively short. Black could really move and would love to see a power vs finesse match here, but my guess is it’ll be too quick to tell a story.

Ok, I googled it, and no, the WWE is not telling us what a boneyard match is, but in an interview with AJ Styles he did say it was “anything goes” and he did insinuate it wouldn’t have had fans anyway if there wasn’t a pandemic. So my guess is this was filmed somewhere offsite from where they are filming the rest of ‘Mania, perhaps a ginned up graveyard, although that would seem pretty inappropriate given our current situation, but we are already having a two-day event so nothing will shock me.

Why do I rate it so low? Taker has been cooked for years, just returning for Mania, or to collect his paycheck in Saudi Arabia, which is where he squashed AJ Styles, in under :10 seconds in one of many matches that absolutely buried everyday talent for part0time (at best) players. That said, the promo work by both has been very solid, AJ Styles dropping truths on Taker being washed, Taker inadvertently burying current WWE talent by saying Styles was too scared to compete in the WWE when they had real stars. It’s a solid storyline. I’ll pray to the Wrestlemania gods that undertaker and styles somehow work an entertaining gimmick match, but the last few years of Taker appearances have mostly just about his infamous entrances, which may not happen this night. Still, even as I write this, the kid in me dreams big dreams of an entertainment classic between two big-time stars…

So Austin Theory is filling in for Andrade due to “circumstances”, all 4 of these guys can work it’s just, there is no drama with Theory replacing Andrade. This is kind of like the Black v Lashley match—can they have a very good match? Yes. Will there be much drama—no. Will it most likely be on the too quick to be good side? Yes.

Dana Brooke is our reportedly because of quarantine so Tamina randomly takes her place. There’s a story here, but it’s whatever. They’re all solid workers, but I don’t expect this to be a very smooth ride.

I am the high profile names and championship belt respect here by putting this in the top 10, my hopes of match quality are pretty low unfortunately. The problem is Strowman is a last-second (to the fans at least) replacement to Roman Reigns who bowed out of Mania due to sincere health concerns as something with a history of cancer. Goldberg got the title, in another Saudi, paycheck special, 100second squash match over an every day WWE worker. Strowman and Goldberg styles could be considered “bowling shoe ugly” when they meet. The drama for the fans isn’t there, of course we are all at home anyway, bc there is no storyline. This match could last for 3 minutes. But here is my hope: my hope is they give them 10-12 minutes to have a Scott Steiner Bill Goldberg WCW 2000 Fall Brawl type match…that’s right, we are going TWENTY years into the archives. This was one of the few high-quality power v power matches Goldberg had. Anyway, it’s most likely a 3 minute 5 move match, but let’s hope they give the title and PPV event and us fans the respect we deserve!

I’m a bit worried I may have this ranked too low, but again not thinking it’s a match that will be given a ton of time. I’m a huge Asuka fan and think she should really be in the championship picture. All 4 of these women can work a great match and pace it out appropriately. I’d expect a really good one here.

Daniel Bryan co-main-evented last year‘s Mania, this year he takes on Sami Zayn. Both these two can work a hell of a match and I actually expect them to be two of the calmest under the conditions of an empty arena match. The only reason I have it at 8 and not higher is it’s just not as hyped and stipulated as the others. Expect a really really quality match here and I’m thinking title change.

This is probably too high from match quality standpoint, but as far as traditional mania storyline and star power it feels right here. McIntyre has been a great face in the WWE over the last year, eliminated Lesnar w a ferocious claymore kick and won the Royal Rumble. Heyman as always is money on the mic, McIntyre has built his story of a 130year journey that hasn’t culminated where he’s wanted it to, but his time is now. He’s been getting the upper hand over and over on Brock. However, with circumstances as they are, will WWE pull the trigger? Hopefully, they do, and hopefully, these two can put on a good power match that gets a little more time than the typical Brock formula. Hoping for the best, preparing for the worst here.

These two have been feuding for a while and are two of the better workers in the company. Expect a great match between the two and should be able to execute even without the crowd. They may air this one early to try to get off to a hot start.

I mean at this point, why the hell not. An empty stadium ladder match is gonna be wild, but you have a bunch of very good workers and the most exciting gimmick in the WWE on the BIGGEST (emptiest) STAGE OF THEM ALL? Well, I expect them to bring it all and put on a great show for a bunch of people that freakin need it.

Just like the “boneyard match” we have no idea what this is or where it will be, we just know it won’t be in the ring most likely, it will be no DQ, and it will be WWE trying to bring high production value. The storyline is Cena was trying to bow out from the spotlight and not compete at Mania, the Fiend appearing behind him in badass fashion and pointing to Mania sign and Cena accepting. The promo work by the two was as always, very good. Wyatt harkening back to Wrestlemania 30 when Cena beat Wyatt for the title, thus subverting his career, Cena saying Wyatt is bad for the WWE future. It should be a fun battle where they hopefully bring a quality “boiler room” type brawl (think Mankind vs Big Show back in 2000–SECOND 20 YEARS AGO REFERENCE).

Charlotte has just been incredible in big match situations, she always brings it. Rhea Ripley is the perfect person for Charlotte to challenge after the rumble to give her a shot to legitimize the NXT title and her championship run. I think both women will be hungry to bring a classic and they’re more than capable. Really excited to see this contest and what they can put together here, Rhea should go over here as Charlotte is bulletproof anyway, but we will see.

Bazler is playing the Ronda Rousey role here, as the machine-like trained killer that has torn through the WWE roster to get the title shot, and Becky Lynch is the arrogant babyface champion who shouldn’t “have a chance to win” but she’s been there done that and will do it again. Expecting a VERY stiff match here, full of submissions, reversals, and stiff shots from the ladies. This may be one of those matches that plays just as well if not better w no crowd.

So their history writes the story itself. Former tag partners when Edge came back after a 9-year hiatus at the Rumble Orton was the first to congratulate him. He teased getting the band back together before RKOing edge followed by a solo concharirto shot, followed later by RKOing Edge’s wife, Beth Phoenix. So yeah, we hate Randy Orton. From there it was a promo off on how Orton was jealous of edge and his grit, while Orton was handed everything he got. Edge sneak attacked an RKO on Orton.

Orton is hot and cold as far as match performances, and w Edge we just haven’t seen him in forever but at the Rumble he looked like a man ready to deliver. I think the stipulation makes sense and these two will brawl all over that empty arena. Expect a war and expect it to close Saturday Night’s show potentially.

This article is brought to you by Brendan S. who will be at WWE‘s Wrestlemania 36 tonight. You can follow along with him on Twitter here. To read Brendan’s WrestleMania 35 preview from last you to REALLY catch up on the action, you can click here.