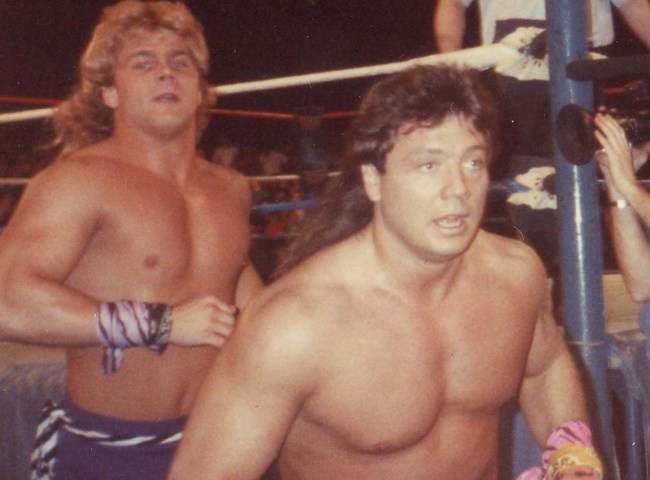 On Wednesday, former WWE star Marty Jannetty and one-time member of The Midnight Rockers tag team with WWE Hall of Famer Shawn Michaels, shocked professional wrestling fans the world over when he confessed on Facebook that several decades ago he killed a guy and disposed of his body in the Chattahoochee River.

He also claimed authorities never did find the guy he murdered in 1973 when he was 13 and that this was just “the first time [he] made a man disappear.”

Wednesday night, Jannetty was interviewed by YouTube Channel Boston Wrestling MWF and not only did he address his shocking Facebook post, he doubled down on his claim, with a small caveat.

The one-time WWE Intercontinental Champion and Tag Team Champion then went on to, once again, make it sure sound like he killed the guy, who he claims was trying to sexually assault him.

“There was a brick laying there, what do you do when you’re 13? I can’t say he deserved to die, but he deserved to get his ass beat. And when I was beating him in the head with a brick, I was only trying to beat his ass, I wasn’t trying to kill him.

“My brother Geno, bad boy, not one to mess with. And I never could tell him, ‘cause I know what he would have done if I told him. But I already took care of it myself…No other kids never had to worry about him.”

Following Jannetty’s initial Facebook post, the homicide division of the Columbus Police Department in Georgia reported they had opened an investigation into the matter.

The former WWE Superstar then went into even more bizarre detail, saying, “Can you imagine dragging him to the river and throwing him in? And then finding out on the news this guy is missing? And you know the dude. And you know more than that, I made my mind up that day, nobody would ever hurt me again. And that comes with jealousy. My girlfriends are jealous. I can’t stand jealousy, and I was just trying to let her know that.”

He also added, “I’m not saying right now that he died, but I’m just saying a person don’t need to die because they’re f***ed up in the head.”

“Somebody told me not to do any interviews.”

That’s probably some good advice there, Marty. Although I am still very curious… if this was “the first time” Jannetty made a man disappear, who the hell were the others?