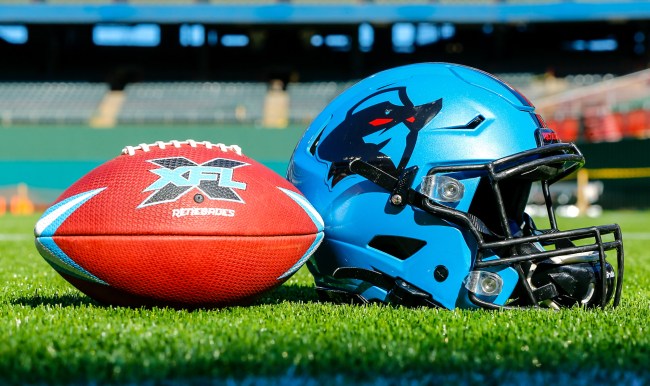 Can you feel it? We are just four days away from kickoff in the X…F…L! That’s right. On Saturday, February 8th, the Seattle Dragons take on the DC Defenders at Audi Field in the first XFL game since The Million Dollar Game took place on April 21, 2001.

Also playing on Saturday will be the Los Angeles Wildcats and the Houston Roughnecks. On Sunday, the Tampa Bay Vipers play the New York Guardians, while later in the day the St. Louis Battlehawks do some battling against the Dallas Renegades.

The only XFL team that won’t be seeing any action this coming weekend is the ninth team in the rebooted football league.

Turns out that in addition to the many rules variations being implemented by the XFL, the league is also trying something else unique: “Team 9.”

According to the XFL…

Team 9 is essentially an extra squad stocked with players available to fill open roster spots on any team in the league at any time. Say the St. Louis BattleHawks lose a safety in Week 2, they can ‘call up’ a football-ready replacement in time to face the New York Guardians in Week 3.

“In every football league, there is constant churn,” said XFL CEO and Commissioner Oliver Luck. “I’m sure every one of these rosters is going to change by the time Week 1 rolls around. They’ll bring in new guys or someone pulls a hamstring, it’s just inevitable.

“So Team 9 will be ready to roll as a replacement team that’s got to be constantly replenished, so all these guys that got the bad news about getting cut, a bunch of them of them are going to be back in the league through Team 9.”

Team 9 will be based in Arlington, Texas, will practice at Globe Life Park (the home of the Renegades), will be overseen by XFL director of scouting Eric Galko, and will be coached by Bart Andrus.

“In every football league, there is constant churn.”

Andrus won an NFL Europe championship as head coach of Amsterdam in 2005, was an NFL offensive assistant in Tennessee and St. Louis, and also served as the head coach of the Toronto CFL franchise.

So how is this going to work?

The Team 9 roster will not include kickers, punters or long-snappers, but will hold practices several times a week for all the other positions.

For the first two weeks of the season, XFL teams are encouraged to pull from Team 9 to fill an open spot, but it’s not required. The Tampa Bay Vipers, for example, might be more comfortable signing a receiver cut in training camp who’s not on Team 9, and the league understands that perspective.

After Week 2, it’ll be a league requirement to utilize Team 9 players to plug an open roster spot. All XFL teams should be familiar with Team 9 players by then.

By season’s end all 40 players on Team 9 will have found themselves on an XFL team roster.

As XFL teams dip into this resource, Team 9 will constantly get restocked to stay at 40 players. The league is also planning for the normal attrition that comes with a football season, as players get banged up and are limited in practice.

With that in mind, the 40 players on Team 9 will be absorbed by the eight teams after Week 5, allowing rosters to increase from 52 to 57 players to help run effective practices. (Gameday active rosters are 46.) At that point Team 9 will be reloaded — Galko estimates around 36 players — to finish out the season.

“They’re going to learn actual offensive and defensive schemes because we have to practice against each other,” Andrus said. “Our objective is to teach them how to practice as a professional. In pro football you go full speed, but you don’t hit or take anybody to the ground. They’re not hurting anybody on the field, but they’re keeping their bodies callused for football.

“We want to refine as much as we can the individual skill and technique. Just something as simple as a receiver actually catching the ball with his hands instead of taking it into his body. We’re going to keep them ready so when they get called up to an XFL team, they’re football-ready.”

The DC Defenders vs. Seattle Dragons kicks off at 2:00 p.m. ET on Saturday.