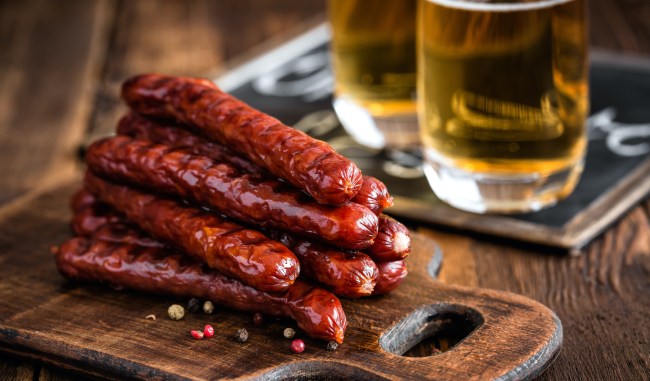 Remember — I don’t know — maybe, 5, 10 years ago when the internet was seemingly rampant with bacon memes? “Everything is better with bacon,” and lowest common denominator, outdated internet humor like that. Just Google “bacon memes” and you’ll see exactly what I’m talking about.

While bacon memes have subsided in recent years, another tasty pork-based product has taken its place as the subject of seemingly endless meme-ing: hot dogs.

Take the term “glizzy”, for example, which seemingly popped up out of nowhere a couple of years ago and is now a commonly used shorthand for a hot dog. We used to have a writer that worked here who built an entire shtick around the question “is a hot dog a sandwich?”, which was a jokey thought experiment that first made the rounds on the internet years ago.

The memeification of hot dogs appears to be spilling over into real life, too, as a Yankees fan at Monday night’s Subway Series game temporarily broke the internet after he was spotted turning his hot dog into a staw and then using it to drink his beer.

As far as strange ballpark behaviors go, a glizzy straw is certainly a harmless one, especially when compared to the other major headline that MLB fans made this week, as a woman was apparently filmed performing a lewd act on a man while at an Oakland A’s game.