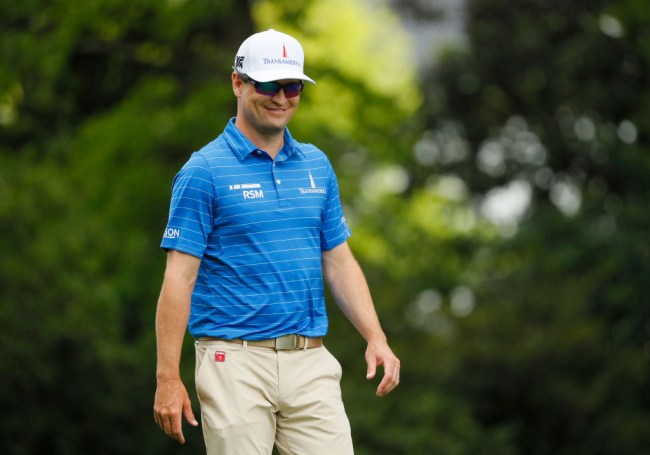 This week, thousands of lucky “patrons” traveled down to Georgia to get the chance to walk on the hallowed ground that is Augusta National for the 83rd installment of The Masters, a tradition that is, as we all know by now, unlike any other.

There were a few storylines to keep an eye on heading into the tournament, including whether or not Patrick Reed’s family would crash the party and, of course, if Tiger Woods was going to be able to do Tiger things and make some very ballsy gamblers very happy in the process.

There’s perhaps no bigger stage in golf than The Masters, and as someone who gets nervous when there are strangers milling around watching me tee off on the first hole, I can’t even imagine how stressful it must be when the green jacket is at stake.

The guys on the PGA Tour make things look easy, but every once in a while, they fall victim to the same pitfalls us mere mortals do when walking the links. While I never really actively root against players not named “Patrick Reed,” I’d be lying if I said I don’t take some pleasure in watching the best golfers in the world make the same mistakes I do.

As a result, I’d like to thank Zach Johnson for making me feel a little bit better about myself today.

Johnson is currently +3 for the tournament after shooting one over par during his second round on Friday. However, the scorecard doesn’t tell the full story, as he was forced to deal with a couple of brainfarts that every golfer can relate to.

Johnson’s first gaffe came on the second hole of the day, where he found himself in the rough before pulling out his hybrid and shooting a stinger in the direction of a throng of panicked onlookers.

Zach Johnson out here trying to take out the innocent patrons #TheMasters pic.twitter.com/UIbVXjWZ5E

However, the real highlight of the day came on the par-5 13th, where Johnson took a practice swing that didn’t turn out to be a practice swing and let out an entirely warranted “Oh shit!” after realizing what he’d done.

Wow! Zach Johnson is all of us… pic.twitter.com/BvVWA1wBvU

Let’s check out the trajectory line, shall we?

Life comes at you fast pic.twitter.com/7ZI4hkLKZf

It’s certainly not the worst round anyone has ever had at Augusta but it might be the most #Relatable.